Deal With Stress In Advance But Avoid Two Common Responses 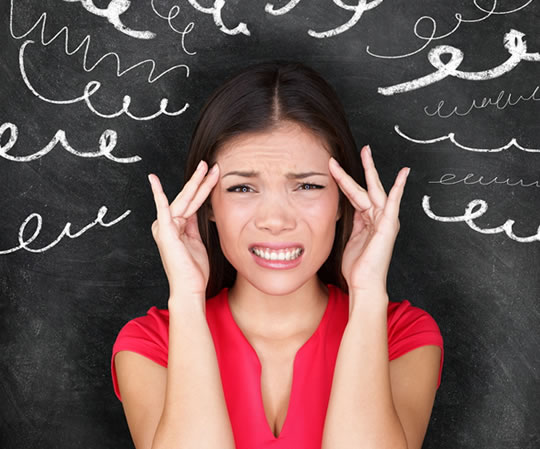 Deal with stress ahead of time but avoid two techniques that will put you in a worse mood.

Fantasising about the outcome and useless reflection are two of the worst ways to deal with stress that people regularly use, a new study finds.

Of the strategies people use to deal with stress, these two are likely to leave you in a worse mood when the stress hits.

Better strategies to deal with stress included rehearsing a plan and analysing the problem.

The conclusions come from a study published in The Journals of Gerontology Series B: Psychological Sciences and Social Sciences (Neupert et al., 2015).

Researchers asked 43 adults over 60 to keep track of their daily activities, stressors and feelings over eight days.

People were also asked each day whether they were anticipating stressful events the next day, and how they planned to deal with them.

Poor ways to deal with stress

Although people used all sorts of strategies to deal with stress, two had a particularly negative effect on their mood the next day.

One of these, ‘stagnant deliberation,’ involves unsuccessfully trying to solve a problem.

The other, ‘outcome fantasy,’ effectively involves hoping the problem will go away.

“…we learned that what you do on Monday really makes a difference for how you feel on Tuesday.”

People also changed their strategy to deal with stress from one day to the next, the researchers found.

“This finding tells us, for the first time, that these behaviors are dynamic.

This highlights a whole new area for researching the psychology of daily health and well-being.

And these are behaviors that can be taught.

The more we understand what’s really going on, the better we’ll be able to help people deal effectively with the stressors that come up in their lives.”

The study was relatively small, but the researchers are planning a larger follow-up soon, Dr Neupert explained:

“This was a pilot study, so we don’t want to get carried away.

But these findings are very intriguing.

They raise a lot of questions, and we’re hoping to follow up with a much larger study.”