Like to Stay Up Late? Different Neural Structures Found in the Brains of Night Owls 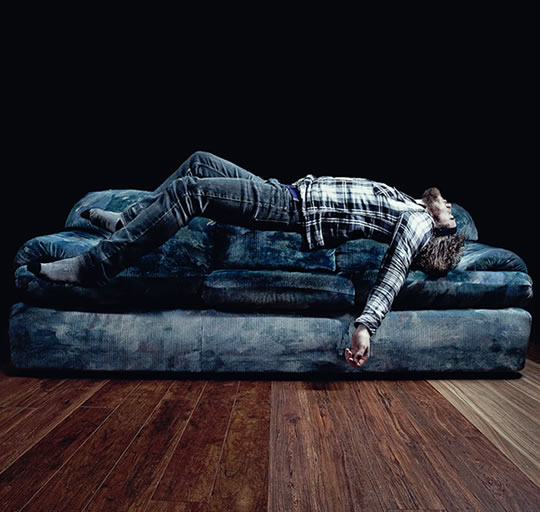 For the first time differences in neural structures have been shown between people who are night owls and early risers.

In the new research on 59 participants, those who were confirmed night owls (preferring late to bed and late to rise) had lower integrity of the white matter in various areas of the brain (Rosenberg et al., 2014).

This research doesn’t tell us what the relationship is, but the authors guess that it may be related to ‘social jet-lag’.

Social jet-lag comes about because night owls are forced to live–as most of us are–like early risers. Work, school and other institutions mostly require early rising, which, for night owls, causes problems.

As night owls find it difficult to get to sleep early, they tend to carry large amounts of sleep debt. In other words, they’re exhausted all the time.

As a result, they tend to be larger consumers of caffeine and other stimulants, in order to counteract their sleep debt.

Night owls make up around 20% of the population, with about 10% of us being larks–preferring to sleep early and rise early.

The rest of us are balanced inbetween. This means about 70% should be able to adapt to either rising early or sleeping later, as long as they stick to good sleep habits (see: How to Fall Asleep Fast).

Men are more likely to be night owls–this seems to be related to higher levels of testosterone. This is why adolescent males have the tendency to be extreme night owls, staying up all night and sleeping in all day.

Naturally, then, women, along with the elderly of both sexes, are more likely to be larks.