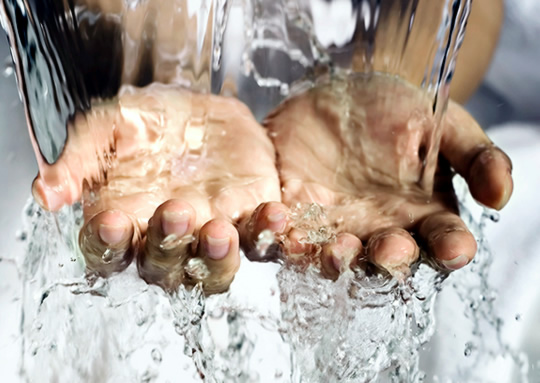 Washing your hands doesn’t just keep you healthier; it has all sorts of subtle psychological effects as well.

So, here are six purely psychological effects of washing your hands…

Washing your hands can wash away the feeling of failure.

In a study by Kaspar (2012) participants who failed at a task, then washed their hands, felt more optimistic afterwards than those who didn’t.

Unfortunately washing their hands also seemed to reduce their motivation for trying the task again.

Still, hand washing can help boost optimism after a failure.

In the mind, dirt is associated with guilt, so theoretically washing doesn’t just remove dirt, it also removes a guilty feeling.

One study had participants think about some immoral behaviour from their past (Zhong & Liljenquist, 2006). One group were then told to use an antiseptic wipe, and another not.

Those who washed their hands after thinking about an immoral behaviour felt less guilty. The antiseptic wipe had literally wiped away their guilt.

Feeling clean directly affects our view of other people.

When people in one study washed their hands, they were more disgusted by the bad behaviour of others (Zhong, Strejcek & Sivanathan, 2010):

So, when people feel clean themselves, they take the moral high ground and are harsher on the transgressive behaviour of others.

Sometimes, after people make the wrong decision, they try to justify it by pretending it was the right decision.

It’s a result of cognitive dissonance, and it’s one way in which people lie to themselves.

However, hand washing may wipe away the need for self-justification in some circumstances, leaving you better able to evaluate your decision the way it really is (Lee & Schwarz, 2010).

Washing the hands can mentally wipe away the effects of perceived bad luck.

When participants in one study had some experimentally induced ‘bad luck’ while gambling, washing their hands seemed to mentally wash away their bad luck (Xu et al., 2012).

In comparison to those who didn’t wash their hands, hand washers carried on betting as if their bad luck was forgotten.

6. Guilt other people into washing their hands

Apart from its psychological effects, hand washing is the cheapest and best way of controlling the spread of things like colds and other infectious diseases.

So, getting people to wash their hands is really important.

To this end, a public health study flashed different messages onto the walls of public toilets as people entered, including “Water doesn’t kill germs, soap does,” and “Don’t be a dirty soap dodger.” (Judah et al., 2009)

The most effective overall message, though, was: “Is the person next to you washing with soap?”

So it seems when you wash your hands in a public toilet, you help guilt other people into washing theirs as well.

Not only are you staying healthy, you’re also doing a public service by shaming others into following suit.

All these studies are demonstrating that when we wash our hands, we also wash our minds clean:

“…the notion of washing away one’s sins, entailed in the moral-purity metaphor, seems to have generalized to a broader conceptualization of wiping the slate clean, allowing people to metaphorically remove a potentially broad range of psychological residues.” (Lee & Schwarz, 2011)

→ For other similar studies check out: 10 Simple Postures That Boost Performance and 8 Easy Bodily Actions That Transform Mental Performance.