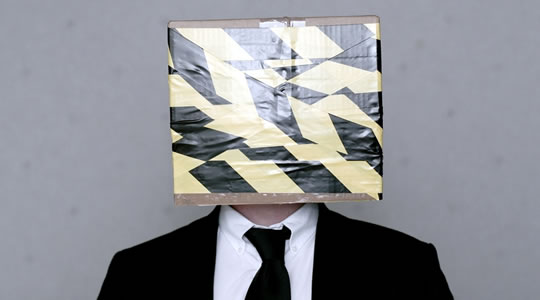 Literally sitting outside a box, rather than in it, makes you more creative, according to new psychological research.

There are lots of metaphors floating around in creativity. We talk about ‘thinking outside the box’, ‘putting two and two together’ and ‘seeing both sides of the problem’.

But are these only metaphors or can we boost our creativity by taking them literally? We know our minds interact in all sorts of interesting ways with our bodies, so what if we enacted these metaphors physically?

That’s the question Leung et al. (2012) examine in a new study published in the journal Psychological Science. This brings together two of my favourite topics here on PsyBlog: creativity and embodied cognition. Across five studies they tested ways of making people more creative by simply changing postures.

1. On one hand…on the other hand

Creative ideas are often arrived at by bringing together two apparently unrelated thoughts. When we can think about a problem in terms of two different sides, we are more likely to find a way to integrate them. This is encapsulated by the phrase “On the one hand…on the other hand…”

So, what if while trying to solve a problem you physically hold up one hand followed by the other? Might this send a signal to the unconscious to encourage it to consider the problem from more than one angle?

2. Literally sit outside a box

‘Thinking outside the box’ is an awfully overused cliché. Nevertheless it does capture the idea that in creativity you have to try and explore new areas.

In their research Leung et al. had participants literally either sitting in boxes or sitting next to boxes while doing creativity tests. Magically just this simple manipulation worked. People quite literally sitting outside the box came up with more ideas than those sitting in the box.

3. Wander around, but not in a square

If you don’t have a box handy, you might like to try just wandering around randomly, but whatever happens don’t walk in a square.

4. Put two and two together

Not all creative thinking is about plucking amazing ideas out of the ether.

Sometimes we need to do the grunt work of logically fitting together ideas or objects we’ve already got in front of us. We’ve got to put two and two together and make sure the answer isn’t 17, metaphorically speaking.

This is what psychologists call ‘convergent thinking’ and it’s where we bring our logic, knowledge and skills to bear on a problem.

A fourth study tested the idea that sorting piles of cards from two stacks into one would encourage convergent thinking.

It did. Participants who sorted the cards from two piles into one did better on a test of convergent thinking than those who just fiddled around with the cards in one pile.

Too lazy to get a box or wander around randomly? Then this last study is for you. Here participants either watched a Second Life avatar wandering freely or walking in a square.

This one is cool because it shows that the postures aren’t as important as the state of mind that they encourage. The mere suggestion that someone might adopt these postures was enough to cue a more creative state of mind.

This new research joins previous studies which have suggested that simple postures can affect creativity.

In one study people lying down were better at solving anagrams (Lipnicki & Byrne, 2005); in another their concentration was boosted by wearing a white coat. And another used mind-body dissonance—e.g. thinking an unhappy thought while smiling—to boost creativity (How To Promote Visionary Thinking).

All of these studies show how the position of our bodies feeds back into the state of our minds. And it also shows how deeply metaphors are planted in our consciousness.