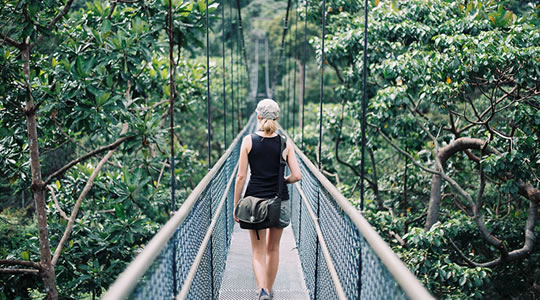 How much control do you have over your emotions?

Have you ever wondered why one person can speak in public without apparent nerves while another crumples under pressure?

Or why one elite athlete can shake off their nerves to win Olympic gold while another chokes?

Even with ample experience some people never seem to learn to cope with their emotions.

A key insight comes from a controversial psychology study carried out on a rickety bridge by Dutton and Aron (1973).

Men crossing the bridge were approached by an attractive woman who asked them to fill out a survey. The men were chosen because they were known to be nervous and this was exaggerated by the fact the bridge was swaying, its handrails were very low and there was a 230-foot drop to the river below.

After the men filled out the survey the woman gave them her number and said they could call her if they wanted the study explained in more detail.

A little further up men crossing another bridge were also being approached by a female researcher half-way across. The difference was that this bridge was sturdy, did not sway and was only a few feet above a small stream.

One of the key tests was: how many people would call up the attractive woman?

Dutton and Aron’s explanation was that it’s how we label the feelings we have that’s important, not just the feelings themselves. In this experiment men on the rickety bridge were more stressed and jittery than those on the stable bridge. And the argument is that they interpreted these bodily feelings as attraction, leading them to be more likely to make the call.

So: fear had been transformed into attraction.

This explanation is now controversial because subsequent studies have found that it’s rare to be able to reinterpret a negative emotion like fear into a positive one like attraction. Indeed some studies have specifically shown it can’t be done (Zanna et al., 1976).

Certainly neutral bodily feelings can be interpreted either way. That’s why you can have a strong cup of coffee and the arousing effect might contribute to either elation or irritation, depending on how your day is going. 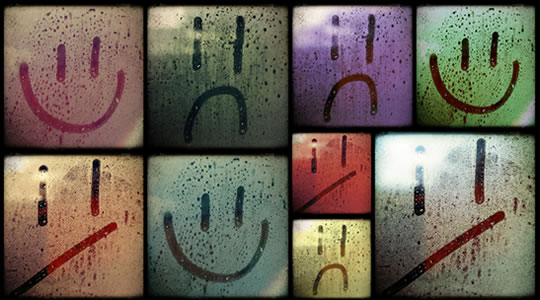 For a more extreme example think about the physical feeling you get on a roller-coaster. It’s not dissimilar from being mugged. You sweat, the knees wobble, the heart races and the bowels loosen. But one experience people will pay for and the other everyone would pay to avoid.

Of course the aftermath of each experience and the interpretation is quite different.

Going back to the original questions: the speaker who tries to reinterpret their nerves as excitement and anticipation is likely to do better than one who thinks of them as signals to run away and hide.

Our emotions aren’t just things that happen inside us which bubble up from the deep over which we have little or no control. Like conscious thoughts their effect on our behaviour depends on how we interpret them.

Emotions aren’t the opposite of rationality, they are part and parcel of rationality and do respond to how we think. While Dutton and Aron’s experiment may have been flawed, the motivating idea behind their experiment was not: how we label and interpret our feelings can fundamentally change our experience of them.