Do Posh People Cheat More Than the Lower Classes? 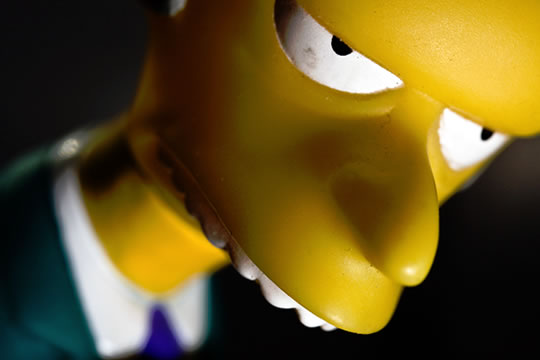 Who cheats more: the lower classes to escape poverty or the upper classes because they feel entitled?

Imagine two people: one from the upper classes and one from the lower classes. Let’s say our lower class individual works in a factory, lives in a small house in an average area and receives a relatively small salary.

Our upper class individual, though, has inherited money, lives in a large house in a beautiful area and doesn’t need to work for money.

Now let’s say both these individuals are driving along in their cars (one cheap, one expensive), when they approach a pedestrian crossing (crosswalk for our US friends). There’s someone there waiting to cross and, by law, they are obliged to stop. And let’s say we’re in a country where generally people obey these sorts of rules.

On balance, who do you think is more likely to cheat and cut off the pedestrian? The upper class person or the lower class person?

Well, wonder no more because this exact observational study was carried out by Piff et al. (2012) in California. They stood at a junction watching who cut off pedestrians and how expensive their cars were.

The results were pretty clear. Overall about a third of drivers failed to stop for pedestrians, but it was those in the most expensive cars that were disproportionately represented amongst the discourteous drivers. About 30% of drivers in the cheapest cars failed to stop compared with over 45% of those in the most expensive cars.

Piff and colleagues then retired to the laboratory to see if they could catch upper class people cheating more than the lower classes on other sorts of tests. Sure enough, they could:

“…upper-class individuals were more likely to exhibit unethical decision-making tendencies (study 3), take valued goods from others (study 4), lie in a negotiation (study 5), cheat to increase their chances of winning a prize (study 6), and endorse unethical behavior at work (study 7) than were lower-class individuals.”

Perhaps the stereotype of the money-grabbing Mr Burns-type has some truth after all.

The authors think that all kinds of factors probably contribute to this finding. Here are a few:

Of course none of this is to say that all upper class people are cheats. That’s far from the truth.

What this study is finding is a trend amongst some upper class people. There are plenty of examples of upper class people acting in ethical and praiseworthy ways, it’s just that this is more unusual than the rest of us might like.

“Although greed may indeed be a motivation all people have felt at points in their lives, we argue that greed motives are not equally prevalent across all social strata. As our findings suggest, the pursuit of self-interest is a more fundamental motive among society’s elite, and the increased want associated with greater wealth and status can promote wrongdoing.”