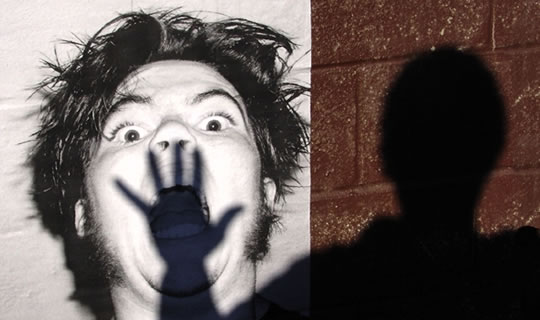 The more we try to avoid screwing up when stressed, the more likely it becomes.

What do you do when a colleague’s criticism is burning a hole in your brain during a meeting? Or when toothache is distracting you from the presentation you’re giving? Or when you can’t stop thinking about a past lover while you’re on a date with a new lover?

Much research has suggested that trying to put a thought or emotion out of mind while we’re stressed can have ironic effects: it actually comes back stronger.

Sometimes our minds are dead set against us. We want to do one thing and it wants to do precisely the opposite. Here are eight examples of how ironic processes affect our daily lives (taken from Wegner, 2009):

In one study participants were told to play footsie with a stranger during a card game (Wegner et al., 1994). The twist was that some pairs were specifically told to hide their under-the-table-action while others weren’t.

The results showed that playing secret footsie made people more attracted to each other than blatant footsie. When they tried to suppress their attraction, it actually came back stronger.

That’s why it can be difficult to get rid of thoughts of an old flame at exactly the wrong moment. And the more we push down on these kinds of intrusive thoughts, the more they come back.

In a classic episode of the British sitcom Fawlty Towers, the hotel’s proprietor, Basil Fawlty is serving a group of Germans and trying to avoid mentioning the war. The more he tries to avoid it, the more he keeps mentioning it. If you’ve seen it, it’ll be seared across your memory; if not Google it and you’ll never forget it.

It’s a perfect example of how, when under pressure and specifically trying to avoid mentioning something, it can still find a way out.

In a study by Lane et al. (2006) exactly this phenomenon was observed. Participants were more likely to give a fact away when they were specifically told to keep it secret than when they were given no such instruction.

Rather more embarrassing is when latent prejudices are revealed after specific attempts are made to suppress them. Sometimes the more people try to be politically correct, the more they accidentally display their racism, sexism, homophobia or other prejudice.

Macrae et al. (1994) found participants in a waiting room who were actively trying to suppress their dislike of white supremacists sat further away from them than those given no instruction.

The ‘yips’ have destroyed many a sporting career, both amateur and professional. Most associated with golf, the ‘yips’ refers to the inexplicable loss of fine motor skills that sometimes happens to sports players.

Professionals who could previously hit a ball with frightening accuracy are suddenly worse than rank amateurs. And the more they concentrate on doing it right, the worse it gets.

One study found that when soccer players kicking a penalty are told to avoid a particular area of the goal, they actually spent more time looking at it (Bakker et al, 1996)

Our emotions are just as prone to ironic effects as our cognitions. Unfortunately when people try to suppress a depressed mood, they often find it comes back with a vengeance.

For this reason standard psychological therapies avoid thought suppression and try to focus on distraction and acceptance (Beevers et al., 1999).

There’s some evidence that trying to suppress pain may cause it to be experienced more strongly. But, Wegner (2009) explains, we have to be cautious about this one as it hasn’t been conclusively proven.

There is evidence, though, that trying to accept pain is a better policy than rejecting it or trying to cope spontaneously (Masedo & Esteve, 2007).

Everyone who has ever tried to force themselves to get to sleep knows it’s impossible. The harder you consciously try to fall asleep quickly, the longer you stay awake.

This is exactly what researchers find in the sleep lab (Ansfield et al., 1996). That’s why it’s called falling asleep or dropping off—it’s as though you have to do it by accident.

For more advice on getting to sleep: 6 Steps to Falling Asleep Fast.

Here’s a tip if you want to control your dreams: people are more likely to dream about subjects they are specifically trying to avoid (Schmidt & Gendola, 2008). Whether they are emotional or neutral topics, using suppression will make them more likely to turn up in your dreams.

The question is whether you can successfully convince yourself you don’t want to have a really delicious, engrossing dream!

Ironic processes are strongest when we are distracted or stressed in some way. That’s why a lot of the time these effects don’t emerge and we can control ourselves successfully.

The main way to avoid all these problems is to find a way to relax, or at least not to try so hard.

→ You can read more about ironic processes here: Why Thought Suppression is Counter-Productive