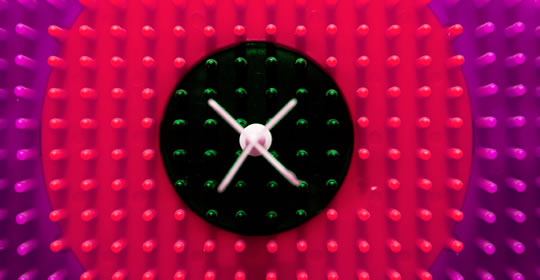 Should you rely on willpower, role models and step-by-step plans to reach your goals in life? Psychological research sorts good advice from bad.

Success in modern post-industrial societies is all about reaching long-term goals. We’re way past the time when strength, nimble feet, sharp eyesight and quick reactions could earn a hearty meal.

Now to be successful we have to set goals and work slowly but surely towards reaching them. It isn’t easy. Partly because it’s so hard to predict how our choices will pan out and partly because goals that are worth pursuing take a long time.

We have to take an educated guess then get started on the long road to success.

Despite the importance of reaching long-term goals, I’m always amazed how few people seem to know the right psychological techniques. Encouraged by poorly researched newspaper articles, dodgy self-help authors and the like, people do all sorts of things wrong.

It’s a shame because knowing which techniques work could help you take control of your life.

The problem is the good advice is often mixed in with the bad. And the bad stuff is worse than useless; it can actually damage the chances of reaching your goal.

Have a look at this list of 10 common ways you might go about achieving your goals. Most of these should be familiar, but which ones do you think work? More to the point: which ones do or don’t you use?

The list above comes from a study conducted by psychologist Richard Wiseman (reported in Wiseman, 2010; 59 Seconds). He asked thousands of participants what techniques they used to reach their burning ambitions. The list above is the top 10 techniques people reported.

Then he tracked them, some for up to a year, to see who reached their goals. These goals included quitting smoking, getting a new qualification, losing weight and getting a new job.

The sad truth was that only 10% of the participants actually achieved their goal. Many gave up along the way; perhaps weary, disillusioned or distracted.

One factor that probably contributed to their failure was their use of the wrong strategies. On the list above, there’s evidence that all the even-numbered strategies (nos. 2, 4, 6, 8 & 10) don’t work and may even hold us back.

Some of these we’ve covered here before, such as thought suppression and fantasising. Hopefully you already know about these dangers. In Wiseman’s study, people who used these and the other even-numbered strategies were less likely to reach their goal.

On the other hand, those who used the odd-numbered strategies—like making a step-by-step plan and announcing this plan to other people—were more likely to reach their goal.

Because of the way this study was designed we can’t be sure the strategies caused participants’ success (or failure), just that there was an association. But we do know from other studies that these associations are likely to be causal.

Although not explicitly included on this list, the mental contrasting technique for committing to a goal discussed in a previous article is also likely to be effective.

What emerges is that many techniques which are often recommended in the media, non-scientific self-help books, websites and in other places are likely to be ineffective. Instead those striving for distant goals should focus on the strategies which have evidence to support them. Once again, these are:

The suggestions on this list won’t be new to you, but it might be the first time you saw them untangled from the stacks of other strategies that are unproven, don’t work, and, worse, may even be detrimental.