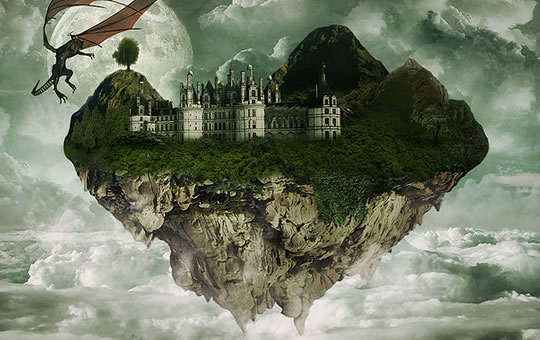 Are you building castles in the sky? Psychologists have found that fantasising about future success can be dangerous.

We all have fantasies about the future. It’s only natural to dream happy dreams about how things might go right.

We often hear from self-help gurus that just this type of happy dreaming is a good source of motivation. If we can picture our future success then this will help motivate us.

Loosely speaking there is some truth to this: positive thinking about the future is broadly beneficial. But psychologists have found that visualization and fantasy can be tricky customers and research carried out by Oettingen and Mayer (2002) shows why.

The researchers wanted to see how people cope with four different challenges that life throws at us: getting a job, finding a partner, doing well in an exam and undergoing surgery (hopefully not all at the same time).

The difference might sound relatively trivial, but it’s not. Expectations are based on past experiences. You expect to do well in an exam because you’ve done well in previous exams, you expect to meet another partner because you managed to meet your last partner, and so on.

Fantasies, though, involve imagining something you hope will happen in the future, but experiencing it right now. This turns out to be problematic.

The researchers found that when trying to get a job, find a partner, pass an exam or get through surgery, those who spent more time entertaining positive fantasies did worse.

Take those looking for a job. Those who spent more time dreaming about getting a job, performed worse. Two years after leaving college the dreamers:

On the other hand those who entertained more negative future fantasies were more likely to achieve their goals. Similar results were seen for the other goals.

Recall that expectations are built on solid foundations while positive fantasies are often built on thin air.

Why positive fantasies are dangerous

The problem with positive fantasies is that they allow us to anticipate success in the here and now. However they don’t alert us to the problems we are likely to face along the way and can leave us with less motivation—after all it feels like we’ve already reached our goal.

It’s one way in which our minds own brilliance lets us down. Because it’s so amazing at simulating our achievement of future events, it can actually undermine our attempts to achieve those goals in reality.

This isn’t to say that thinking positively about the future is problematic or that fantasy in itself is dangerous, just that a certain type of positive fantasy thinking is associated with poorer performance.

So that’s a warning about the dangers of visualization and fantasy in goal-achievement, onto more positive findings about motivation and success in future posts.