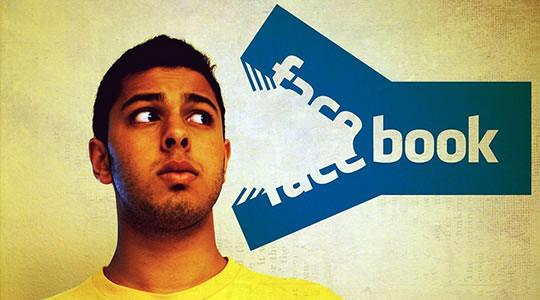 Love it or loathe it, Facebook is everywhere, and will continue to be everywhere as the film describing its genesis—The Social Network—is released worldwide over coming months.

To help you cope, here are 7 research-based tips for total Facebook domination. If you don’t use it, these should at least help you pepper Facebook-related conversations with compelling observations from the psychological research.

It doesn’t look good to have too many Facebook friends, or too few.

Make sure your friends, or the people who post on your ‘wall’, are good-looking. Walther et al. (2008) found that attractive friends boosted the perceived attractiveness of participant’s profiles.

Keep the uggos away, unlike the offline world, it won’t make you look better in comparison.

If you need to lure more people in as Facebook friends, it’s handy to understand its attraction.

Joinson (2008) found 7 basic motivations for using Facebook: connecting with old or distant friends, social surveillance (see what old friends are up to, but without talking to them), looking up people met offline, virtual people watching, status updating and content.

Muise et al. (2009) found that participants who spent more time on Facebook were more jealous of their partners. This is probably because they are finding out things about their partner—who they know and where they’ve been—which, in the days before social networking, could have been kept quiet.

So, don’t let your partner see your Facebook profile. Unless you want them to be jealous. In which case, carry on.

Privacy is a big, controversial topic on Facebook because many people’s social networking profiles do say too much.

Nosko et al. (2010) found that young, single people were particularly likely to disclose sensitive information about themselves. It’s the online disinhibition effect writ large. But, according to Boyd (2010), more young people are using the privacy settings than a year ago, so the message is getting through.

You’ve heard it before and you’ll hear it again: watch what you say about yourself online, you never know who’s taking notes.

6. Display your real self

Because we move huge distances nowadays, away from home towns and old friends, it’s easy to lose contact with people who might be able to give us a leg up in life. Facebook to the rescue…

Ellison et al. (2008) found that Facebook users had higher levels of ‘social capital’. In other words: people are using their Facebook contacts to get jobs or other opportunities.

At least, that’s the excuse I’ll be using from now on.