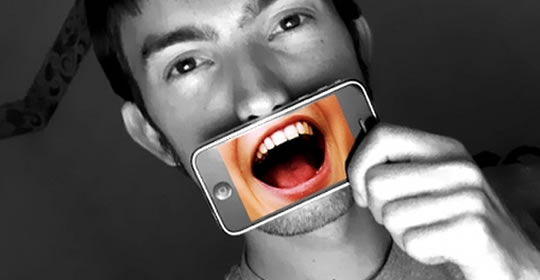 The online disinhibition effect has cost people their jobs, their income and their relationships, yet many are still oblivious to it.

The first famous case of someone allegedly losing their job from indiscreet remarks made online was in 2002. Heather Armstrong, author of the blog ‘dooce‘, claimed she was fired after her colleagues discovered she’d been lampooning them online.

In internet terms getting fired for a blog rant is ancient news; to make the headlines now your indiscretions have to be on Twitter or Facebook. One recent example was this girl who was ‘Facebook fired’ after she said exactly what she thought of her boss on Facebook after a bad day at work.

What she’d forgotten was they were Facebook friends, so the update would appear front and centre the next time he logged into Facebook. She might as well have said it straight to his face and, for good measure, kicked him in the shins.

These are two examples of what psychologists call the ‘online disinhibition effect’, the idea that when online people feel less inhibited by social conventions. Compared with face-to-face interactions, online we feel freer to do and say what we want and, as a result, often do and say things we shouldn’t.

Internet psychologist John Suler has written about six characteristics of the internet which lead to radical changes in our online behaviour (Suler, 2004):

Online people feel they can’t be identified in the same way they can when they’re in public. It’s similar to going out in a costume at night with a mask on to cover the face (see research on deindividuation). That sense of disconnection from our normal personality allows new ways of behaving. People may even consider their online behaviours to arise from an online alter ego.

Ironically, though, some people are far less anonymous online than offline. Because of the online disinhibition effect some share too much on their social networking profiles, sometimes even things they wouldn’t admit to their closest friends. It’s easy to forget that you don’t need espionage training to type someone’s name into Google.

Because others can’t see us online, we don’t have to worry about how we look to others and what emotional signals we are sending through facial expressions.

Imagine, for example, that you’re telling a friend about a distressing experience face-to-face. You may feel the urge to try and hide the depth of your emotion from them, which stops you telling the story. Online, however, you can continue to tell the story without giving away how bad it really is. 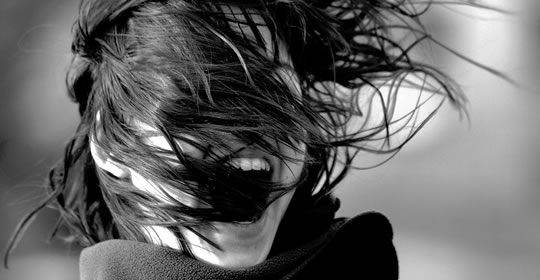 It can allow us to open up about things that we can’t discuss face-to-face. Online support groups rely on this openness to allow members to discuss their deepest hopes and fears. This is one of the potentially positive aspects of the online disinhibition effect, as long as users protect their privacy and identity.

Face-to-face we see people’s reactions to what we’ve said or done immediately. That tends to put us off upsetting them or risking their judgement.

Online there are no such restrictions: because of online asynchronicity it’s possible to say something and wait 24 hours before reading the response, or never read it at all.

This cuts both ways. So-called ‘internet trolls‘ are people who post to discussion forums or other online groups with the express purpose of stirring up controversy (known online as flame wars). They are experts in a kind of emotional hit-and-run. On the other hand, people who have difficulty when communicating face-to-face can become eloquent and courteous when online.

The majority of us probably fall somewhere in between these two extreme positions. Nevertheless the lack of instant feedback from other people’s body language causes all sorts of communication failures online. One of the most common causes of these failures is jokes. Without the accompanying body language, friendly jibes are easily misunderstood and interactions can quickly take a turn for the worse.

4. Voices in your head

The very act of reading online can create a surprisingly intimate connection. Because other people’s words are in our heads, we may merge them with our own internal monologues.

While humans have been reading novels and letters for centuries, these are relatively formal modes of communication, and it’s only in the last decade that online communication has brought the intimacy of a letter to informal, everyday conversation.

The anonymity, invisibility and fantasy elements of online activities encourage us to think that the usual rules don’t apply. Like a science fiction escape fantasy, the net allows us to be who we want and do what we want, both good and bad.

The problem is that when life becomes a game that can be left behind at the flick of a switch, it’s easy to throw responsibility out of the window.

We all fear disapproval and punishment, but this imaginary world appears to have no police and no authority figures. Although there are people with authority online, it’s difficult to tell who they are. There is no internet government, no one person in charge of it all. So people feel freer online: away from authority, social convention and conformity.

Of course the idea that authority doesn’t exist online is fantasy because the policeman exists inside all of us, to a greater or lesser extent.

These factors work together to create a world in which we can feel freer. But this freedom is an illusion maintained by the online experience of invisibility, anonymity and lack of immediate, visceral, emotional feedback from others, or at least our ability to turn that feedback off.

Perhaps this is freedom: some people do report feeling closer to their real selves when online. But there’s a reason we developed all those social inhibitions in the old-fashioned, offline world. They stop us offending other people, which helps us keep our jobs and maintain our relationships. That’s not to say that the internet can’t help us build relationships with others or find jobs, it clearly can. It’s just that we tend to be less aware of both how much our behaviour can change online and the potential drawbacks to these changes.

Every now and then we need reminding that the internet is still a relatively fresh invention and, socially, we are still coming to terms with it. Long-established niceties of face-to-face behaviour haven’t yet taken hold online and, in the absence of precedent, we have to wing it.