How the Mind Counteracts Offensive Ideas 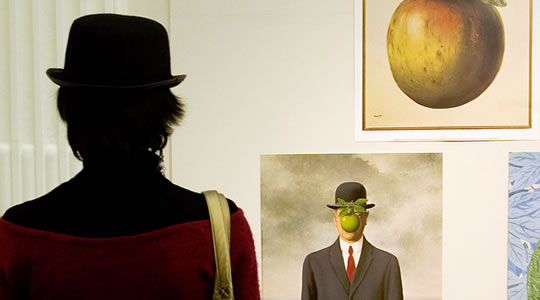 People react to ideas they find offensive by reasserting familiar structures of meaning.

The human mind is always searching for meaning in the world. It’s one of the reasons we love stories so much: they give meaning to what might otherwise be random events.

From stories emerge characters, context, hopes and dreams, morals even. Using simple structures, stories can communicate complex ideas about the author’s view of the world and how it works, often without the reader’s knowledge.

And when stories embody values in which we don’t believe, we tend to reject them. But, according to a new study published in the journal Personality and Social Psychology Bulletin, it goes further than just rejection, psychologically we push back against the challenge, reasserting our own familiar structures of meaning.

In their research Proulx et al. (2010) used two stories that illustrate divergent views of the world to explore how people react to offensive ideas.

The Tortoise and the Hare

The first story was Aesop’s fable The Tortoise and the Hare. I’m sure you know it (if not, it’s here) so I’ll cut straight to one of its morals: if you keep plugging away at something, like the tortoise, you’ll eventually get there, even if you’re obviously outmatched by those around you.

Another interpretation is that the hare loses the race because he is overconfident. Either way, both the hare and tortoise get what they deserve based on how they behave. This is the way we like to think the world works: if you put in the effort, you’ll get the reward. If not, you won’t. The lazy, overconfident hare always loses, right?

Quite a different moral comes from the second piece the researchers used: a (very) short story by Franz Kafka called ‘An Imperial Message’. In this story a herald, sent out by the Emperor, is trying to deliver an important message to you. But although he is strong and determined, no matter how hard he tries, he will never deliver it (you can read the full story here).

Contrary to Aesop’s fable, Kafka is reminding us that effort, diligence and enthusiasm are often not rewarded. Sometimes it doesn’t matter if we do or say the right things, we won’t get what we want.

These two stories were used by Proulx et al. to test how people reacted firstly to a safe, reassuring story and, secondly, to a story that contains a threat to most people’s view of the world. They thought that in response to Kafka’s story people would be unconsciously motivated to reaffirm the things in which they do believe. In their first experiment the researchers used measures of participant’s cultural identity to test this affirmation.

Twenty-six participants were given Aesop’s advert for hard work and another 26 were given Kafka’s more pessimistic tale. As predicted participants who read Kafka’s story perceived it as a threat to the way they viewed the world. They reacted to this threat by affirming their cultural identities more strongly than those who had read Aesop’s fable, which didn’t challenge their world-view.

In other words the participants in this study were pushing back against Kafka’s story by reaffirming their cultural identity.

In two more studies Proulx et al. addressed a couple of criticisms of their first study: that participants might have found Kafka’s story (1) too unfair and (2) too unfamiliar. So, in a second study they used a description of a Monty Python sketch which participants weren’t told was supposed to be a joke. In the third study they used Magritte’s famous absurdist painting of a bowler-hatted gentleman with a big green apple in front of his face. 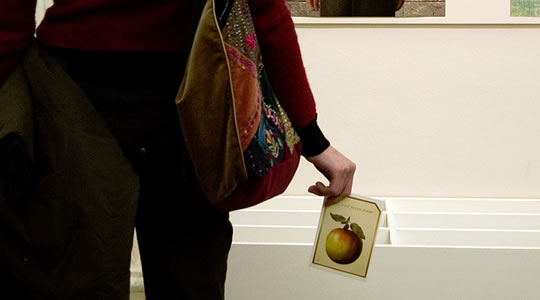 The idea of using absurdist stimuli like Monty Python and the Magritte painting is that, like Kafka’s short story, they challenge our settled perceptions of the world.

The research backed up this idea. Both Python and Magritte produced the same counter-reaction in people, leading them to restate values in which they believed. Similar but non-absurd stimuli didn’t have the same effect.

Instead of using cultural identity, though, the researchers measured notions of justice and need for structure. Participants reacted to the meaning threat implicit in Python by handing out a larger notional punishment to a lawbreaker. Here the threat of the absurd caused participants to re-affirm their belief in justice.

In the third study participants reacted to the meaning threat of the Magritte painting by expressing a greater need for structure. They were suddenly craving meaning; something, anything that makes sense, instead of this bowler-hatted man with an apple in front of his face.

What this research underlines is that we push back against threats to our world-views by reasserting structures of meaning with which we are comfortable.

The researchers measured cultural identities, ideas of justice and a generalized yearning for meaning, but they probably would have found the same results in many other areas, such as politics, religion or any other strongly held set of beliefs.

When there’s a challenge to our established world-view, whether from the absurd, the unexpected, the unpalatable, the confusing or the unknown, we experience a psychological force pushing back, trying to re-assert the things we feel are safe, comfortable and familiar. That’s a shame because stories like Kafka’s contain truths we’d do well to heed.