Does Internet Use Lead to Addiction, Loneliness, Depression…and Syphilis? 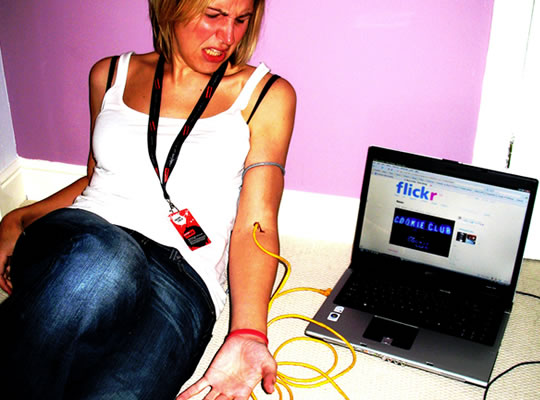 Is the internet bad for us? Psychological research on the link between internet use and addiction, loneliness and depression.

Like anything that has transformed our lives, the internet has also attracted its fair share of naysayers and detractors who claim that it is bad for us.

Two of the more respectable claims made against the internet are that it is addictive and can increase loneliness and depression.

Perhaps the more counter-intuitive of the two is the idea that the internet causes loneliness, given that it is a medium for communication. Some have argued, though, that people end up using the internet instead of socialising face-to-face.

More than ten years ago, back when the internet was nothing more than a big bouncing baby, a group of researchers discovered what they called ‘the internet paradox’. Despite being another way of communicating with other people, they found that internet use was associated with increased depression and loneliness (Kraut et al., 1998).

But, when the researchers followed up the same people 3 years later, these effects had disappeared (Kraut et al., 2002). Not only that, but they also found internet use was associated with increased well-being and social involvement.

Now the internet has reached adolescence, this up and down—yes, the internet’s bad for you, no it’s good for you—is still the story. Some research has come out positive, some neutral (e.g. Huang, 2009), some very cautiously negative ( e.g. Stepanikova et al., 2009). Similarly inconclusive results have been found when looking specifically at email, chatrooms or general sociability.

My bet on the true answer would be the usual answer to very complex questions: it depends on a lot of things. On average, though, for most people it’s unlikely that internet use causes depression or loneliness. Certainly nothing to be concerned about compared with the huge potential benefits.

The question of whether it’s possible to become addicted to the internet has proved more controversial for experts. The debate became particularly heated over whether it should be included in the official manual of psychological disorders, the ‘DSM’ (in the end it’s not there, yet).

One of the reasons it’s so difficult to decide whether internet addiction exists is it’s partly an argument about the meaning of the word addiction. A way to resolve this is by defining internet addiction clearly—write down what an internet addict looks like—then try applying this definition to loads of people you think might be addicts and, if the cap fits…

But, when Byun et al. (2009) examined 39 studies on internet addiction, they found the cap didn’t fit. In fact the most popular definition of an internet addict didn’t make sense. It failed to distinguish between people who were psychologically distressed and so-called internet addicts.

So it looks like the idea of an internet addict as a useful diagnostic tool doesn’t work.

Actually you don’t need to do any of this research to reach the conclusion that the concept of an ‘internet addict’ is nonsense. That’s because the internet is a medium of communication, not an end in itself. Someone may spend hours every day ordering vodka online, but you’d be hard-pressed to argue they were an internet addict rather than an alcoholic.

Instead of the internet itself, prime targets to be described as online addictions are gambling, pornography and shopping, although many still argue that people can’t be addicted to these things since they are closer to compulsions.

So, there’s little evidence that people really become addicted to the internet in the true sense of either word.

Other less respectable claims are made about why the internet might be bad for us. But these aren’t based on any research and are often mumbo-jumbo dreamed up by people desperately trying to think of something to say that will attract attention. It pains me to mention them, even if only to rebuke them, but it has to be pointed out that there’s little or no evidence for any of it.

Other claims made about the internet are marginally less facile but employ the same level of reasoning skills. Here are a few you may be familiar with: the internet will give you cancer, make you fat, worried, stupid, distracted, less creative, unable to concentrate, and so on. Presumably that’s all on top of the addiction, loneliness, depression and syphilis.

There’s no point in discussing any of these here because PsyBlog is dedicated to the research and, as far as I’m aware, there’s no research backing up any of these wilder claims.

So, until such time as that changes: keep calm and carry on clicking.