How to Banish Bad Habits and Control Temptations 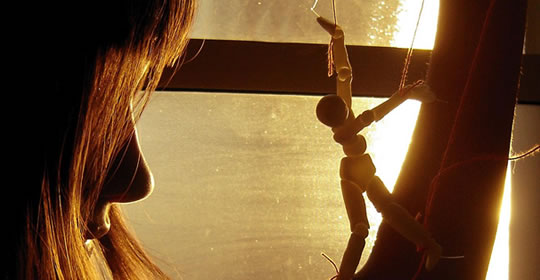 Anyone who has ever found themselves trying to turn on the bathroom light seconds after phoning  the power company to ask how long the power cut will last, knows how easily habits bypass our conscious thought processes.

Part of the reason habits are so difficult to change is they are triggered unconsciously, often by situations we’ve encountered time and time again. Before going into the bathroom: turn on the light. After getting new email: waste 10 minutes aimlessly surfing the web.

Temptations, on the other hand, play more on visceral factors like hunger, sex or thirst. We see a muffin and can’t resist.

New research published in the journal Personality and Social Psychology Bulletin by Quinn et al. (2010) suggests a different strategy for changing a bad habit than for resisting a temptation.

First, though, the researchers wanted to find out what habit-control strategies people use in everyday life. Ninety-nine students kept diaries of their battles with bad habits and temptations. Over 7 or 14 days they recorded each time they felt like giving in to a temptation or a bad habit they were trying to get rid of.

Top of the list for unwanted activities were excess sleeping, eating and procrastination (no big surprises there in a sample of students). The top strategies to combat these were:

For strong habits it was the vigilant monitoring that emerged from self-reports as the most useful strategy, with distraction in second place. While for strong temptations rather than habits, participants reported that stimulus control was the most effective strategy while monitoring dropped to third place behind distraction.

How to defy a bad habit

As you’ll be gathering from reading PsyBlog, though, psychologists are suspicious of what people say. Instead they like experiments to see what people do. So, in a second study they used a lab-based analogue of real life, to see if vigilant monitoring really is an effective strategy for controlling strong habits.

Sixty-five participants learned one response to a word, then in a second study had to change this response in defiance of the habit they’d built up.

Backing up the first study, the experiment found that vigilant monitoring was the most successful short-term strategy for suppressing a strong habit. Once again for weak habits the type of strategy used made little difference.

So, why does vigilant monitoring work for habits but not for temptations?  Quinn et al. argue that it doesn’t work for temptations because watching out for slip-ups heightens our attention to the temptation which we are, ironically, once again tempted by. Stimulus control, though, removes the opportunity: out of sight, out of mind.

Unlike temptations, habits are learnt by repetition and so they can sneak in under the radar. We find ourselves repeating them without thinking. Vigilant monitoring probably works because it helps us notice the habit and remember that we wanted to change it.

But, as anyone who has ever tried to change a long-held habit will know, continually monitoring for bad habits is tiring and some days your self-control is weaker than others.

This isn’t helped by what are known as ‘ironic processes of control‘ which I cover in my series ‘10 more brilliant social psychology studies‘. This is the idea that monitoring a thought in the hope of getting rid of it only makes that thought come back stronger.

In the long-term it may be necessary to try and replace the old habit with a new one. Unfortunately this new habit is likely to be much more unstable than the old one.

I’d like to leave you with better news but sometimes it’s good to know the worst. We are often slaves to our habits and many of these habits are extremely hard to change because they are triggered outside our conscious awareness. Anyone who tells you different is either lying to themselves or trying to sell you a quick-fix that probably won’t work.