Faking It: The Psychological Cost 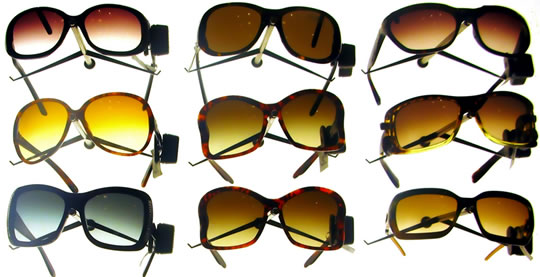 Participants told they were wearing fake designer sunglasses twice as likely to cheat on a test.

The line between real and fake has never been so blurred.

In the cinema, on television, in the newspapers, in public life: can we tell what’s real and what’s fake and does it matter? Perhaps authenticity is more important now that so much can be  faked so easily? Maybe the psychological costs of inauthenticity are greater than we might imagine?

A fascinating new study published in the journal Psychological Science hints at an answer by examining the effects of wearing fake designer sunglasses on the self (Gino et al., 2010).

Whether we consciously acknowledge it or not, part of the reason we buy certain goods is because of the message it sends to other people about our status. Counterfeiters exploit this by producing goods which send the same message at a fraction of the cost; effectively telling other people that we are richer than we really are.

As long as they are good fakes, other people won’t know any different. Even so,

“Although the wearer intends them to signal positive traits, wearing counterfeits can in fact send a negative signal to the self.”

So Gino et al. wondered if this has consequences for the self, like an increase in unethical behaviour.

To test this out four experiments were carried out in which participants were given designer sunglasses and told in some conditions they were real and in other conditions fake—actually they were always real.

“…participants who believed they were wearing fake sunglasses interpreted other people’s behavior as more dishonest, considered common behaviors to be less truthful, and believed that others would be more likely to behave unethically.”

In a final experiment the mechanism at work was tested. This suggested that people did feel less authentic when wearing the fake sunglasses, and this led to more unethical behaviour, which came as a surprise:

“…when we asked a separate set of students [..] to predict the impact of counterfeits, they were unaware of the consequences for ethical behavior.”

So it seems for designer clothes, far from shrugging off inauthenticity, people sending fake signals about their wealth to others make themselves feel fake, with negative consequences for their behaviour.

This study could well have been commissioned by Gucci, Armani or any other brand (it wasn’t), but still it raises the question of whether these types of findings would extend into areas of everyday life unrelated to branding. Perhaps in general faking it cues feelings of inauthenticity and consequently unethical behaviour? Given this research, I wouldn’t be surprised.