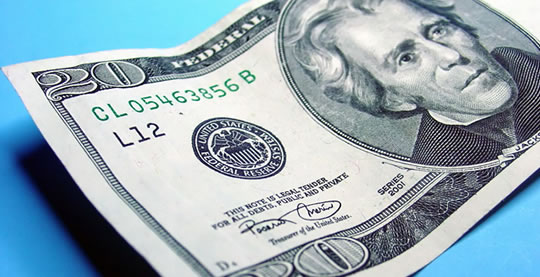 Spare a thought for the super-rich, the poor darlings can’t appreciate a tin of spam, a lump of coal or a cardboard box the way you and I can.

And yet study after study shows that in affluent societies money might bring satisfaction, but it doesn’t bring much happiness.

Perhaps, as people become really rich, they don’t choose more enjoyable activities (i.e. they stay in the office working)? Perhaps material goods just can’t make us happy? Or perhaps there is always someone richer, spoiling the party with their more impressive wealth?

There’s something missing from these accounts, though, and it’s the old argument that when you live in luxurious surroundings, have experienced the best restaurants and received the most lavish gifts, it becomes more difficult to savour the simple things in life.

Supporting this account, a new study published in Psychological Science has found that participants were less able to savour positive emotions both when they were richer themselves and when they were prompted to think about wealth by looking at a picture of money (Quoidbach et al., 2010).

In a second study participants who were cued with the idea of money didn’t enjoy or savour a chocolate bar as much as those not reminded of money. When participants looked at a picture of money beforehand, the average time spent eating the chocolate went down from 45 seconds to 32 seconds. Levels of enjoyment reported afterwards also went down, from 5 to 3.6 on a scale of 1 to 7, where 7 is maximum enjoyment.

And this is only the effect of looking at a picture of money for a few seconds. Think what our society, with its constant reminders of opulence in both public and private, are doing to us. It’s a wonder we can enjoy anything.

This is just one facet of our mind’s habit of comparing everything with everything else, from complex concepts like money right down to the most basic perceptual level. Like when you open your eyes in the morning, or turn up the volume on your mp3 player; for a moment the senses are overloaded but soon the contrast fades as the mind acclimatises.

It’s easy to forget that things aren’t ‘loud’ or ‘bright’, they are just ‘louder’ or ‘brighter’ than something else. Money is just one more thing that our minds treat in this relativistic fashion.

So spare a thought for the super-rich, the poor darlings can’t appreciate a tin of spam, a lump of coal or a cardboard box in quite the same way that you and I can. It’s not much of a silver lining I’ll grant you, but it’s something to hold on to.