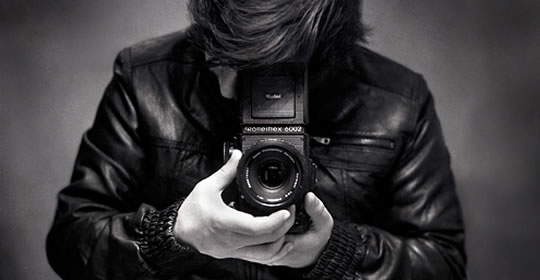 How to see yourself as others do: experiments suggest alternative to flawed intuitive technique.

You and I can talk, we can reach out and touch each other on the arm and we can see each other, but we can never know exactly what’s going on in the other’s head.

It’s partly why psychological science is so hard and it’s why understanding how we are viewed by others is so hard.

Research shows that we normally try to work out how others see us by thinking about how we view ourselves, then extrapolating from that. The problem with this approach is that to varying degrees we all suffer from an ‘egocentric bias’: because we’re locked inside our own heads, we find it difficult to see ourselves objectively. In some ways all the information we have clouds our judgement.

In a new study published in Psychological Science, Eyal and Epley (2010) recommend using abstract thinking to get a better view of ourselves, as seen by others.

In one crucial experiment the researchers split 106 participants into two groups and asked them to judge how attractive they were to another person. The first group adopted the standard tactic of putting themselves in the other person’s shoes, while the second group were asked to imagine how they would be rated by the other person in several months’ time.

People trying to put themselves in the other person’s shoes were awful at the task. In fact there was no association between how they thought others would rate them and how they actually did rate them. It seems when trying to judge how attractive we are to others, putting ourselves in their shoes doesn’t work.

But, when participants thought about their future selves, a technique that encourages abstract thinking, suddenly people’s accuracy shot up. They weren’t spot on, but they did much better. A further experiment confirmed these findings in general evaluations, suggesting this effect wasn’t restricted to attractiveness.

The fine-grained, low-level way we tend to think of ourselves hinders us from understanding how others view us. You would think we would be able to judge how attractive we are to others – after all we’ve all got access to mirrors – but in reality we find it difficult. In some ways we are blinded by how much we know. Thinking about ourselves in the future, though, moves our mind to a more abstract level, allowing us to better see ourselves through others’ eyes.

Although not examined in this research, the technique of thinking abstractly is likely to work best for people we don’t know so well. On the other hand we are likely to have an accurate view of how our family or friends see us.

The yawning gap between the way we experience ourselves from the inside compared with how others see us is why we often have so much trouble working out how we are evaluated by others. When we look at ourselves, we can’t see the wood for the trees; thinking abstractly allows us to zoom out and get the big picture.