Why We Do Dumb or Irrational Things: 10 Brilliant Social Psychology Experiments 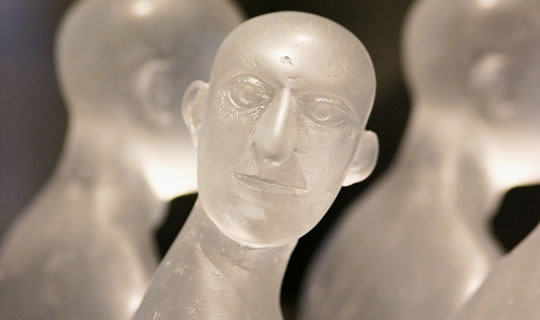 Ten of the most influential social psychology experiments.

“I have been primarily interested in how and why ordinary people do unusual things, things that seem alien to their natures.

Why do smart people sometimes do dumb or irrational things?” –Philip Zimbardo

Like eminent social psychologist Professor Philip Zimbardo (author of The Lucifer Effect: Understanding How Good People Turn Evil), I’m also obsessed with why we do dumb or irrational things.

The answer quite often is because of other people – something social psychologists have comprehensively shown.

Over the past few months I’ve been describing 10 of the most influential social psychology experiments.

Each one tells a unique, insightful story relevant to all our lives, every day.

1. The Halo Effect: When Your Own Mind is a Mystery

The ‘halo effect’ is a classic social psychology experiment. It is the idea that global evaluations about a person (e.g. she is likeable) bleed over into judgements about their specific traits (e.g. she is intelligent). Hollywood stars demonstrate the halo effect perfectly. Because they are often attractive and likeable we naturally assume they are also intelligent, friendly, display good judgement and so on.

» Read on about the halo effect -»

2. How and Why We Lie to Ourselves: Cognitive Dissonance

» Read on about cognitive dissonance -»

3. War, Peace and the Role of Power in Sherif’s Robbers Cave Experiment

The Robbers Cave experiment, a classic social psychology experiment, has at least one hidden story. The well-known story emerged in the decades following the experiment as textbook writers adopted a particular retelling. With repetition people soon accepted this story as reality, forgetting it is just one version of events, one interpretation of a complex series of studies.

The famous ‘Stanford Prison Experiment’ argues a strong case for the power of the situation in determining human behaviour. Not only that but this experiment has also inspired a novel, two films, countless TV programs, re-enactments and even a band.

What social psychology experiment could be so powerful that simply taking part might change your view of yourself and human nature? What experimental procedure could provoke some people to profuse sweating and trembling, leaving 10% extremely upset, while others broke into unexplained hysterical laughter?

» Read on about Milgram’s obedience studies -»

6. Why We All Stink as Intuitive Psychologists: The False Consensus Bias

Many people quite naturally believe they are good ‘intuitive psychologists’, thinking it is relatively easy to predict other people’s attitudes and behaviours. We each have information built up from countless previous experiences involving both ourselves and others so surely we should have solid insights? No such luck.

» Read on about the false consensus bias -»

7. Why Groups and Prejudices Form So Easily: Social Identity Theory

People’s behaviour in groups is fascinating and frequently disturbing. As soon as humans are bunched together in groups we start to do odd things: copy other members of our group, favour members of own group over others, look for a leader to worship and fight other groups.

» Read on about why groups and prejudices form so easily -»

8. How to Avoid a Bad Bargain: Don’t Threaten

Bargaining is one of those activities we often engage in without quite realising it. It doesn’t just happen in the boardroom, or when we ask our boss for a raise or down at the market, it happens every time we want to reach an agreement with someone. This agreement could be as simple as choosing a restaurant with a friend, or deciding which TV channel to watch. At the other end of the scale, bargaining can affect the fate of nations.

» Read on about how communication and threats affect bargaining -»

9. Why We Don’t Help Others: Bystander Apathy

In social psychology the ‘bystander effect’ is the surprising finding that the mere presence of other people inhibits our own helping behaviours in an emergency. John Darley and Bibb Latane were inspired to investigate emergency helping behaviours after the murder of Kitty Genovese in 1964.

» Read on about bystander apathy -»

10. I Can’t Believe My Eyes: Conforming to the Norm

We all know that humans are natural born conformers – we copy each other’s dress sense, ways of talking and attitudes, often without a second thought. But exactly how far does this conformity go? Do you think it is possible you would deny unambiguous information from your own senses just to conform with other people?