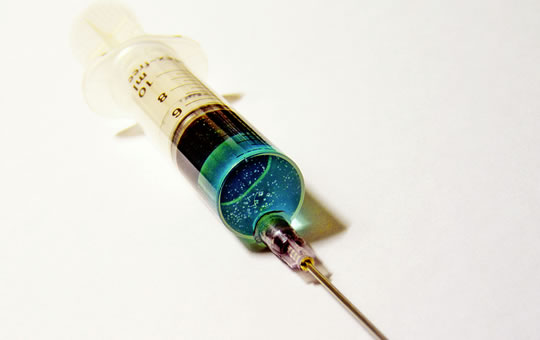 How our thoughts influence our emotions.

To illustrate this nomination for my top ten psychology studies I’d like to tell you a story. Imagine it’s the 1960s and you’re a first year psychology student at the University of Minnesota. Being a brave soul, along with wanting a better final grade, you’ve agreed to take part in a psychology experiment.

You’ve heard that it involves testing a new vitamin injection but that hasn’t put you off. These are the days when men are real men and psychology experiments are real psychology experiments. Innocent days before ethics committees and lawyers took over and stopped psychologists injecting people and lying about their motives in the name of understanding human behaviour.

So you turn up to the lab where a white-coated man tells you they are testing the effects of a vitamin injection on vision. You roll up your sleeve and concentrate on those extra marks you’re going to receive as result of participating in this experiment.

Soon after the injection you are taken to different room where another student who has also just had the injection is waiting. The other student, who nods and smiles when you come in, is scribbling on pieces of paper and seems full of energy. His energy is infectious; soon the two of you are playing catch and flying paper aeroplanes around the room. Your childish enjoyment of just messing around increases. You help the other student build a tower from a pile of folders lying around in the room, then try to shoot it down with elastic-band powered paper balls.

“You are enjoying yourself. Your heart-rate is higher, your face flushed, hands trembling.”

You are enjoying yourself. Your heart-rate is higher, your face flushed, hands trembling. After a while the experimenter returns and asks you to fill out a questionnaire about your mood. You indicate exactly how feel: euphoric, full of energy, ready for mischief.

A few hours later, after your involvement in the experiment has finished, you bump into a friend who also did the experiment. When he relates what happened to him, you can hardly contain your amusement at the clever subterfuge.

Unlike you, your friend was told the vitamin injection had some side-effects including a raised heart-rate, trembling hands and a flushed face. Like you they were shown into a room after the injection with the over-excited fellow student. Unlike you, after interacting with them, they didn’t experience the same high level euphoria and excitement. What’s going on?

As you learned from the experimenter after it was finished, you were actually given a shot of adrenaline, not a vitamin preparation. This increases your heart-rate, makes you hands tremble and flushes your face. But as you weren’t expecting this to happen, to what do you attribute these changes in your body’s state? Quite naturally, as it turns out, you think the physiological changes you’re experiencing are from playing with a the student. In fact the fellow student is in on the experiment. He’s been instructed to act in this manner in a certain manner with the participants.

“Your friend had the same experience as you in all but one respect.”

I’ve described two conditions from Schacter & Singer’s (1962) landmark study. They also controlled for elements such as the stimulating effect of having an injection and the suggestion effect of telling people what to expect from the injection. Without knowing about these, you can still see the simple beauty of the experimental manipulation. The only difference between you and your friend’s experience was what you were told to expect. Your emotional response flowed from there.

Ultimately Schachter & Singer (1962) were trying to understand how cognitions influence emotion. In this they were successful to a certain extent. Their study clearly illustrates the importance of how you interpret your physiological states, which themselves form an important component of your emotions. Also, their cognitive theory of emotional arousal dominated for two decades.

No study is perfect, of course, and this one had some flaws. It was criticised on two main grounds:

That said, there’s no doubt their 1962 experiment was extremely influential, leading to a range of further studies and findings. It’s easy to see that this was a really smart experiment, stylishly executed. Even today the essential spirit of this study lives on in the modern explanation of the emotions: appraisal theory.