14 Magical Benefits Of Listening To Music 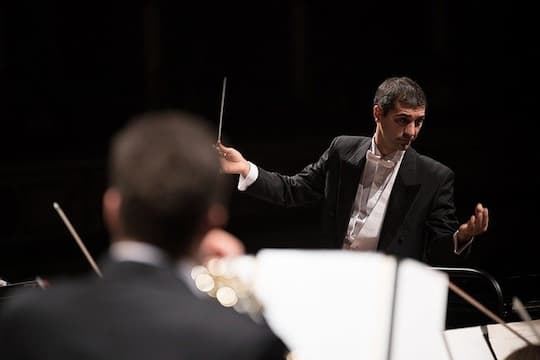 Every fan knows the tremendous benefits and power that listening to music can have over both thoughts and emotions.

Great music can transform an ordinary day into something magical, even spiritual.

But the benefits of listening to music spread further still: right up from our genetic code, through our thoughts and bodies and out into how we relate in groups.

1. Feeling chills when listening to music

Have you ever felt chills down your spine while listening to music?

How powerful the benefits of music, though, depends on your personality.

People who are high in one of the five personality dimensions called ‘openness to experience’, are likely to feel the most chills while listening to music.

In the study, people high in openness to experience were more likely to play a musical instrument, and more likely to rate music as important to them.

One of the benefits of music should be feeling the chills; if not, perhaps you should try a little harder.

A study contradicts the old advice that actively trying to feel happier is useless.

In research by Ferguson and Sheldon (2013), participants who listened to upbeat classical compositions by Aaron Copland, while actively trying to feel happier, felt their moods lift more than those who passively listened to the music.

This suggests that engaging with music, rather than allowing it to wash over us, gives the experience an extra emotional power.

People having difficulties in their personal relationships are more likely to choose tearjerker dramas and downbeat music.

This is unusual, because sad people usually prefer fun comedies and upbeat music to turn their mood around.

However, there is something about experiencing relationship problems, such as a break-up, that makes people want similar emotional companionship.

Endurance exercise, like walking, running and cycling benefit most from high tempo music in comparison to resistance exercises like weight-lifting which benefit less.

People walking on a treadmill reported feeling they were exerting themselves less while listening to high tempo music.

Music with tempos of between 170 and 190 beats per minute may help distract people from the workout.

Listening to music while running helps pump up motivation even when mental fatigue has set in (Lam et al., 2021).

While many people listen to music while exercising, this is the first study to demonstrate that the practice is effective for overcoming mental fatigue.

Listening to music is much more than just entertainment: it is a way for people to connect with each other.

Music is a point of conversation.

We listen to it while we’re with other people and we talk to them about it.

Listening to music can help people deal with the stress and anxiety associated with having treatment for coronary heart disease.

8. Sad music lifts you up

‘Mood management’ is the number one reason people love music.

And, all music fans know that listening to music can have a cathartic effect.

But, it’s still odd that, for some people, sad music can, under the right circumstances, improve their mood.

According to a study by Kawakami et al. (2013), sad music is enjoyable because it creates an interesting mix of emotions; some negative, some positive.

Crucially, we perceive the negative emotions in the music, but don’t feel them strongly.

(Read more: Why Do We Enjoy Listening to Sad Music)

The Spring movement, which is the first of four, was particularly good at improving cognitive function.

However, other types of upbeat music would probably work just as well, it does not have to be classical.

Listening to Mozart can reduce the frequency of epileptic attacks, a review of the research finds (Sesso & Sicca, 2020).

Across 12 separate studies, listening to the piano music of Mozart daily was found to help treat epilepsy.

Epilepsy is a relatively common condition, affecting around one-in-a-hundred, that causes abnormal neuronal activity in the brain, leading to shaking movements, loss of consciousness and other symptoms.

Listening to Mozart just once, though, helps to reduce the frequency of abnormal brain activity and seizures.

One of the benefits of music is that it can make you feel different, but as little as 15 seconds of music can change the way you judge the emotions on other people’s faces as well.

A study by Logeswaran et al. (2009) found that a quick blast of happy music made participants perceive other’s faces as happier.

The same was true for a snatch of sad music.

The biggest effect was seen when people looked at faces with a neutral expression.

In other words: people projected the mood of the music they were listening to onto other people’s faces.

12. Listening to music linked to colours

In a study by Palmer et al. (2013), people from both Mexico and the US showed remarkable similarities in connecting duller, darker colours with sadder pieces of music and lighter, more vivid colours with happier music.

A follow-up study showed that these music-to-colour associations were seen because of the emotional content of the music.

In 60 percent of people who have a stroke, the visual areas of the brain are affected.

This leads to ‘visual neglect’: the patient loses awareness of objects on the opposite side to where the brain has been damaged.

But, studies have found, when patients listen to their favourite music, some of their visual attention is restored (Tsai et al., 2013).

So, the benefits of music can be an important tool in rehabilitation for stroke patients.

Two-thirds of people listen to music to help them sleep, one survey finds (Trahan et al., 2018).

People believe that music helps them sleep by blocking out noises and distracting them from wakeful thoughts.

Indeed, studies are starting to show that music can be an effective sleep aid.

Classical music was the most popular genre people used to help them sleep, followed by rock, pop and acoustic.

Here is the full list, from most to least frequently used: