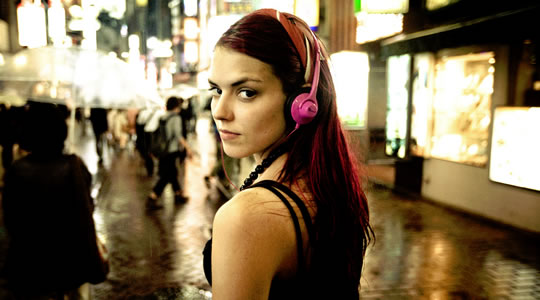 What psychological roles does music play in our lives?

Modern technology means it’s never been easier to hear exactly the music we want, whenever we want it. But whatever technology we use, the reasons we listen to music are universal.

Music grabs our emotions instantly in a way few other art-forms can manage. It engages us on all sorts of different levels. A few bars of a song can take us back decades, to a different time and place.

So what are the universal psychological functions of music? Lonsdale and North (2010) asked 300 young people about their main reasons for listening to music to see which came out top. Here are the answers, in order of importance, counted down from six to the number one spot.

6. To learn about others and the world

Languishing down at number six was the way in which music teaches us about the world. Music tells us stories about other people and places and it gives us access to new experiences. Music can teach us how other people think and even suggest how we might live.

Psychological research backs up the importance of the information music sends out to others about our personalities. In one study participants could broadly judge another’s personality solely on the basis of their top 10 songs (see: personality in your mp3 player).

Music is also sending us a message about the state of the world. Dodds and Danforth (2009) downloaded the lyrics to almost 250,000 songs composed between 1960 and 2007. They found the lyrics got steadily more depressing up until 1985 and then levelled off around 1990. This decline was seen across all musical genres.

In at five is identity. The type of music we like expresses something about ourselves. Even the broadest genres like rock, classical and blues begin to give us a picture of a person. We also seem to discover ourselves through music: it can teach is who we are and where we belong. Through music we can build up and project an image of ourselves.

One general trend in popular music is towards greater narcissism. A study has examined the lyrics of the top 10 songs in the U.S. between 1980 and 2007 (DeWall et al., 2011). This found that lyrics related to antisocial behaviour and self-focus increased over the period. On the other hand, over the same time, lyrics related to positive emotions, social interaction and a focus on others have decreased.

The fourth most important function of music is its social dimension. Music is a point of conversation. We listen to it while we’re with other people and we talk to them about it. It’s a way of making a connection.

There’s little doubt that music and love are inextricably linked and we use one to get the other. One study tested whether exposure to romantic music makes a woman more likely to agree to a date Gueguen et al. (2010). The answer is, emphatically, yes. The percentage of women who agreed to a date almost doubled from 28% to 52% after they had been played some romantic music.

The song that did the trick? “Je l’aime à mourir” (I love her to death) by Francis Cabrel (the research was conducted in France).

Tying for the second spot is negative mood management. When we’re in a bad mood, music can help us deal with it. When your mood is low, there is something cathartic about listening to sad music. Somehow it helps to know that you’re not alone. We use music to relieve tension, express our feelings and escape the realities of everyday life.

Music certainly seems to help us cope with life’s slings and arrows. There have been many studies on those about to undergo painful medical procedures. These find that music helps people get through this stressful and anxious time (e.g. Good et al., 2002).

Also coming in at number two is diversion. Music relieves the boredom of the commute, or of a lazy Sunday afternoon. It’s something to do when we don’t know what else to do.

A word of warning though: don’t use background music while you’re trying to do something complicated. Research shows that it reduces performance on standard cognitive tests (Cassidy & MacDonald, 2007). Music is a distraction and this research found that the most distracting type is depressing music.

Right up at the top of the charts is positive mood management. This is rated people’s most important reason for listening to music: making our good moods even better. It entertains us, relaxes us and sets the right emotional tone.

Music makes us more hopeful, even after things go wrong for us. In one study by Ziv et al. (2011) participants were falsely told they’d done badly on a task. Those who were played some positive music afterwards, were more hopeful about the future than those left in silence.