Intrusive Thoughts: 8 Ways To Stop Thinking About Something 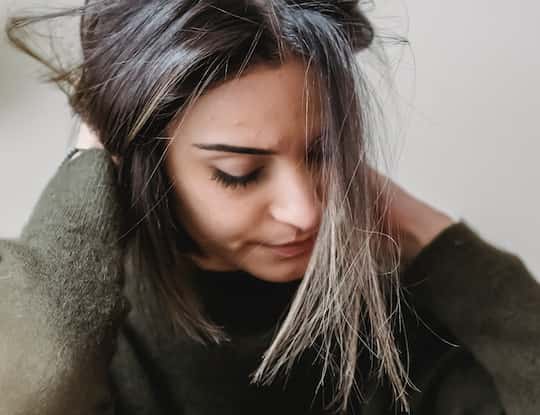 It’s one of the irritations of having a mind that sometimes it’s hard to get rid of negative, intrusive thoughts.

It could be a mistake at work, money worries or perhaps a nameless fear. Whatever the anxiety, fear or worry, it can prove very difficult to control.

The most intuitive method to get rid of intrusive thoughts is trying to suppress them by pushing it out of our minds.

Unfortunately, as many studies have shown, thought suppression doesn’t work. Ironically, trying to push thoughts out of mind only makes them come back stronger. It’s a very frustrating finding, but one that’s been replicated experimentally again and again.

So, what alternatives exist to get rid of intrusive thoughts we’d rather not have going around in our heads?

In an article for American Psychologist, the expert on thought suppression, Daniel Wegner, explains some potential methods to get rid of intrusive thoughts (Wegner, 2011). Here are my favourite:

The natural tendency when trying to get your mind off, say, a social gaff you made, is to try and think about something else: to distract yourself. The mind wanders around looking for new things to focus on, hopefully leaving you in peace.

Distraction does work but, oddly enough, studies suggest it is better to distract yourself with one thing, rather than letting the mind wander.

That’s because aimless mind wandering is associated with unhappiness; it’s better to concentrate on, say, a specific piece of music, a TV programme or a task.

Another intuitive method for avoiding persistent thoughts is to put ourselves under stress. The thinking here is that the rush will leave little mental energy for the thoughts that are troubling us.

When tested scientifically, this turns out to be a bad approach. In fact, rather than being a distraction, stress makes the unwanted thoughts come back stronger, so it certainly should not be used as a way of avoiding intrusive thoughts.

3. Postpone the thought until later

While continuously trying to suppress a thought makes it come back stronger, postponing it until later can work.

Researchers have tried asking those with persistent intrusive thoughts to postpone their worrying until a designated 30-minute ‘worry period’. Some studies suggest that people find this works as a way of side-stepping thought suppression.

So save up all your worrying for a designated period and this may ease your mind the rest of the time.

What if, instead of trying to suppress a worrying repetitive thought about, say, death, you head straight for it and concentrate on it?

It seems paradoxical that focusing in on a thought might help it go away, but some research suggests this can work. It’s based on the long-established principle of ‘exposure therapy’: this is where, for example, arachnophobes are slowly but surely exposed to spiders, until the fear begins to fade.

This approach is not for the faint-hearted, but research suggests it can be useful to get rid of negative thoughts when used by those tackling obsessive thoughts and compulsive behaviour.

Along similar lines, but not so direct, there’s some evidence that trying to accept unwanted thoughts rather than doing battle with them can be beneficial. Here are the instructions from one study which found it decreased participants’ distress:

“Struggling with your target thought is like struggling in quicksand. I want you to watch your thoughts. Imagine that they are coming out of your ears on little signs held by marching soldiers. I want you to allow the soldiers to march by in front of you, like a little parade. Do not argue with the signs, or avoid them, or make them go away. Just watch them march by.” (Marcks & Woods, 2005, p. 440)

Similar to acceptance, Buddhist mindfulness meditation promotes an attitude of compassion and non-judgement towards the thoughts that flit through the mind. This may also be a helpful approach to get rid of negative thoughts.

There is a basic guide to mindfulness meditation in this article on how meditation improves attention.

Self-affirmation is the latest psychological cure-all. It involves thinking about your positive traits and beliefs and has been found to increase social confidence and self-control, amongst other benefits.

It may also be helpful to get rid of negative, intrusive thoughts, although it has only been tested experimentally a few times.

In contrast to self-affirmation, expressive writing—writing about your deepest thoughts and feelings—has been tested extensively and it does have various health and psychological benefits (although generally only with a small effect).

Writing emotionally about yourself, then, may help to get rid of intrusive thoughts.

A note on how to get rid of intrusive thoughts from Daniel Wegner:

“The techniques and therapies explored here vary from the well established to the experimental, but it should be remembered that, on balance, they lean toward the experimental…these assembled solutions for unwanted thoughts should be taken as hypotheses and possibilities rather than as trusty remedies or recommendations.”

That said, none of these techniques are likely to do any harm and all of them are probably an improvement on thought suppression.