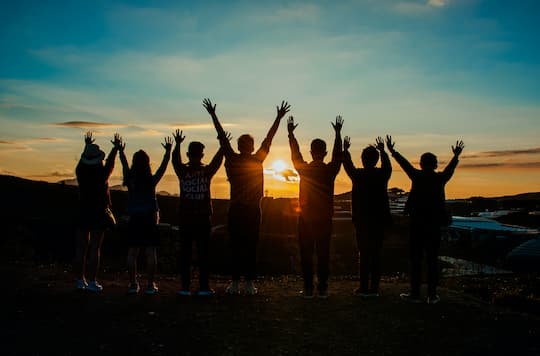 Before age 12 children largely do their own thing and are unaffected by others.

Children start conforming with others from the age of 12 onwards, research finds.

Before that, children largely do their own thing and are unaffected by others.

From 12, though, people are more strongly influenced by society.

Some older children in the study followed other people’s advice even when they knew it was wrong.

It is well-known that adolescents are especially susceptible to social influence.

“Our results show that although young neurotypical children seem to be unaffected by social influence, adolescents develop a systematic bias of their responses in the direction of social influence and appear to do so by integrating social information into visual perceptual processing.”

For the study, 155 children aged 6 to 14 played a computer game that involved maneuvering around an object that was twisting one way or another.

Each child was given an advisor who sometimes fed them incorrect information about which way the object was twisting.

However, the child could see the direction by themselves.

This, then, put the child’s own perceptions in conflict with the social influence of another person.

The results showed that up to the age of 12 children tended to believe their own eyes and ignore incorrect advice.

After that, though, the power of social influence could be seen.

Those over 12 sometimes disregarded what they could see to go along with someone else’s advice.

Autistic children are an exception, however, and are much less affected by other people.

“That the same bias did not appear to emerge in autistic adolescents in this study may explain some of their difficulties in social interactions.”

→ Read on: the classic study on social conformity.

The study was published in the journal Proceedings of the National Academy of Sciences (Large et al., 2019).