The Harmful Effects Of Low-Level Gambling Are Disturbing 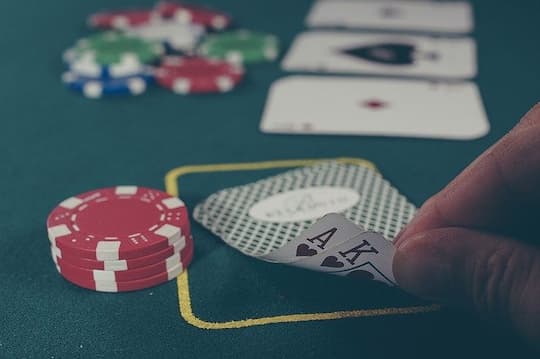 Even low-level gambling is linked to poor health, social isolation and death.

Frequent gambling increases the risk of dying by over one-third, new research finds.

It may be partly because gamblers spend less on their health and well-being, including fitness activities, education and hobbies.

The most frequent gamblers spend 58 percent of their income on gambling, with one-in-ten spending 8 percent on their habit.

Perhaps it is no surprise, then, that gamblers are more likely to be awake and spending at night as well as being socially isolated.

“To me, the striking finding is the extent to which even low levels of gambling are associated with harm.

For many years, there has been a focus on outcomes among the most extreme gamblers.

The study examined the banking transactions of over 100,000 people in the UK.

These revealed that the average spending on gambling was £1,345 per year, with some gamblers spending a lot more.

Gambling was linked to all sorts of problems: with credit cards, mortgages, loans and overdrafts.

The study revealed that gambling is a very ‘sticky’ behaviour, with gambling quickly becoming a habit.

“We find that, for example, three years earlier around half of the highest-spending gamblers were already gambling heavily, while only six months before, over 6.9% of these heavy gamblers were not gambling at all, highlighting the fast acceleration with which some individuals can transition into heavy gambling.”

As with any associational study, the cause is unclear, said Dr Muggleton:

“It’s unclear whether gambling causes negative outcomes, or whether already vulnerable people are disproportionately targeted by bookmakers, for example through advertising and locating betting shops in impoverished neighborhoods.

Either of these relationships is worrying and could have implications for public health policies.”

The study was published in the journal Nature Human Behaviour (Muggleton et al., 2021).