The Reason People Now Sleep Worse Than Ever (M) 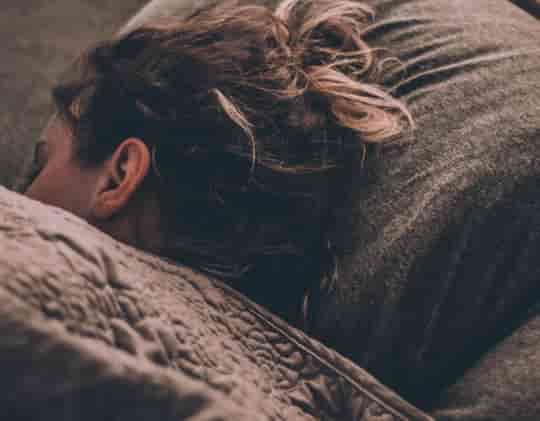 Why people spend less time asleep than they used to and have more trouble getting to sleep.

People are sleeping worse then ever, a new US survey has revealed.

Up to five million more Americans could be experiencing sleep problems than they were five years ago.

People also spend less time asleep than they used to.

These are the results of a study that looked at how sleep health is changing in the US.

Sleep health is a multidimensional phenomenon, so examining all the aspects of sleep is crucial for future research.”

The survey cannot reveal the reason for the increase, but Dr Garrett Hisler, the study’s first author, thinks it is partly down to technology:

“We know from our previous research there is a correlation between smartphone use and insufficient sleep among teens.

If we’re on our phone before bed or we’re receiving alerts in the middle of the night that can make it harder to fall asleep and stay asleep throughout the night.”

As a result, many are now advocating a form of ‘digital detox‘, involving reduced exposure to devices, especially before bedtime.

Poor sleep can increase the risk of many mental and physical illness, such as depression, anxiety and cardiovascular disease.

“We know that how well people sleep is generally very reflective of people’s health and may be an indicator of other conditions.

If we want a full picture of the population’s health, it’s important to measure and track these changes in sleep trends over time.”

These disruptions can lead to temporary lapses in memory and even hallucinations.

This helps to explain why sleep deprivation leaves people feeling so spaced out.

The study was carried out on patients who had electrodes implanted in their brains prior to surgery for epilepsy.

The results showed that as they became more sleepy, the communication between their brain cells slowed down.

This caused a decrease in their reactions to cognitive tests.

How to improve sleep

The advice is based on recommendations by the American Academy of Sleep Medicine.

The study was published in the journal Sleep Health (Hisler et al., 2019).