The Personality Traits Linked To Infidelity 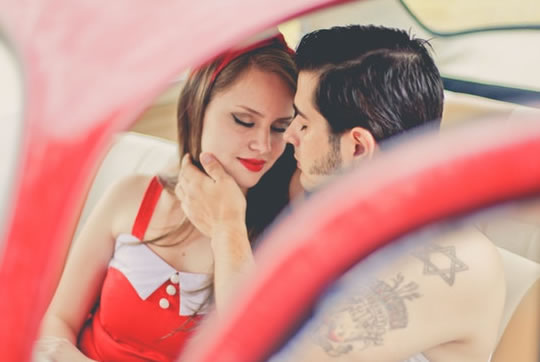 How to spot the personality type who cheats in relationships.

People who are low on agreeableness and low on conscientiousness are more likely to cheat on their partner, research finds.

People who are not conscientious are careless, badly organised and find it hard to resist temptation.

The conclusions come from a review of 51 studies conducted around the world into the personality factors that are linked to infidelity.

People who are more extraverted are also more likely to cheat on their partner, the researchers found.

It is probably because extraverted people have a wider social circle and so more opportunities to cheat.

Also, extraverts are impulsive, sensation-seekers who can easily succumb to their desires.

In contrast, people who are agreeable and conscientious are more likely to persevere with their current relationship, the study’s authors explain:

“High agreeableness and conscientiousness may imply lower motivation for infidelity because these individuals tend to have more perseverance in relationships regardless of conflicts and are also more capable of resisting seduction.”

So, the individual who is least likely to cheat on their partner is conscientious, agreeable and introverted.

“Conscientiousness refers to self-control, perseverance and sense of duty.

An agreeable individual is described as being altruistic, eager to help others, and also believes that others are equally helpful.”

Along with these personality factors, the ‘dark triad’ traits of narcissism, psychopathy and Machiavellianism are also linked to infidelity.

People high on any of these traits are more likely to cheat.

As a result, psychopaths are usually damaging to both themselves and others because of their tendency to engage in thrill-seeking activities involving violence and delinquency.”

Machiavellians — named after the Italian diplomat famed for his political deceits — tend to be:

“…characterized by an excessive enhancement of the self while belittling others.

It is often accompanied by vanity, egocentricity, and overconfidence.”

The study was published in the The Malaysian Journal of Psychology (Jia et al., 2016).