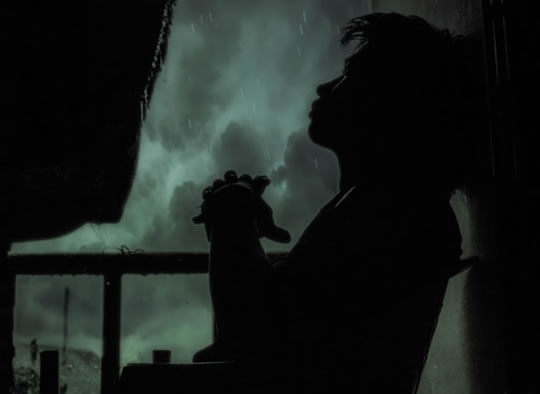 People get more suicidal in these unexpected places.

Countries like the United States, Canada, Iceland, Switzerland and Ireland have relatively high levels of happiness.

Despite this, they also have disproportionately high levels of suicide.

It is known as the ‘happiness-suicide’ paradox.

The same is true from one US state to another.

New York state ranks 45th out of US states for life satisfaction, but has the lowest suicide rate in the country.

The most dramatic case for a country is Denmark — sometimes known as the happiest in the world.

Despite this, it also has a disproportionately high suicide rate.

The finding might seem paradoxical, but makes some sense.

Many people judge their own situation by comparing themselves with others.

If you are feeling down and everyone else seems happier, it makes you feel worse.

“This result is consistent with other research that shows that people judge their well-being in comparison to others around them.

These types of comparison effects have also been shown with regards to income, unemployment, crime, and obesity.”

“Discontented people in a happy place may feel particularly harshly treated by life.

Those dark contrasts may in turn increase the risk of suicide.

If humans are subject to mood swings, the lows of life may thus be most tolerable in an environment in which other humans are unhappy.

Whether such relative comparisons work by producing discord due to unmet aspirations, or reflect a real inability to integrate into broader society and gain access to key supports, remains to be understood.”

The study was published in the Journal of Economic Behavior & Organization (Daly et al., 2011).