The Simplest Way To Appear Much More Attractive

How to appear up to 40% more likeable and approachable.

“Our study also demonstrated that nodding primarily increased likability attributable to personality traits, rather than to physical appearance.”

The research, carried out in Japan, compared nodding with keeping the head still and with shaking it, as in indicating ‘no’.

Shaking the head had no effect in comparison to keeping it still.

Nodding, though, increased perceived approachability and attractiveness by 40% in comparison to keeping the head still or shaking it.

However, this finding may have less universal relevance in cultures that do not customarily bow.

The study used computer-generated female faces, as below. 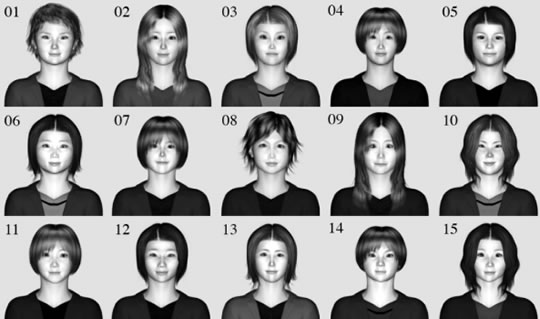 “Generalizing these results requires a degree of caution because computer-generated female faces were used to manipulate head motions in our experiments.

But, watch out, there are dangers to nodding too much.

Researchers have found that nodding makes you unconsciously more inclined to agree, as the study’s authors explain:

The study was published in the journal Perception (Osugi & Kawahara, 2017).