11 Surprising New Facts About Your Personality 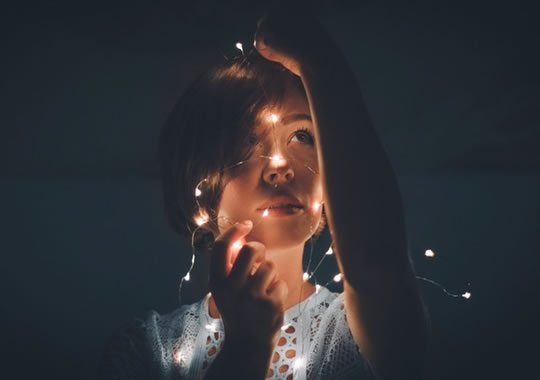 People can smell your personality, helpful people have more sex, what underlies personality disorders, and more…

1. People can smell your personality

People can guess your personality by simply smelling your t-shirt.

The study showed that people were as accurate at guessing personality when smelling their clothes as when watching a video of them.

Not all personality traits were easy to spot, though.

The researchers found that people were good at identifying these three personality traits:

People who help others out have more sex.

“It appears that altruism evolved in our species, in part, because it serves as a signal of other underlying desirable qualities, which helps individuals reproduce.”

“The wellness of being is not just physical, but attitudinal.

How you perceive what goes on around you and how you interpret it may have an impact on your longevity, and it could affect the quality of your later years.”

Researchers studied 447 people who were followed over 30 years.

Their personality was assessed, along with their physical and mental functioning.

It turned out that pessimists had a lower quality of life, on average.

4. People read personality in your movement

The way people move could provide a unique insight into their personality.

The researchers think this means that people who move the same way will be able to interact more effectively as well.

The study suggests that each person has an ‘individual motor signature’ which defines how they move.

5. Being in love reduces neuroticism

Falling in love helps to stabilise the personalities of people who are neurotic.

Love helps people who think pessimistically to approach life with more confidence and see events in a more positive light.

“Neurotic people are rather anxious, insecure, and easily annoyed.

They have a tendency towards depression, often show low self-esteem and tend to be generally dissatisfied with their lives.

However, we were able to show that they become more stable in a love relationship, and that their personality stabilizes.”

The personality trait of entitlement can lead to chronic disappointment.

Entitlement is believing you are better than others and deserve more than them.

Unfortunately people who feel entitled often enter a spiral of habitual behaviour that is toxic.

From anger they tend to lash out at others, blaming them.

At the same time they continue to tell themselves that they are special.

7. People get nicer as they get older

People get nicer as they get older, in contrast to the stereotype of the grumpy senior.

The finding may be a surprise to those that believe people never change.

They do — even if only a little.

The three main changes to personality that occur, on average, with age are that people get:

8. Fear of the unknown related to anxiety disorders

Fear of the unknown is the personality trait that underlies many anxiety disorders.

Social anxiety, panic disorder and specific phobias all have fear of the unknown at their heart.

Someone who is sensitive to uncertainty may spend a lot of time worrying what is going to happen to them.

For example, people with panic disorder are constantly worrying that they are going to panic.

9. People read our personalities with one glance

People read a surprising amount into our faces, just from one glance.

Women with larger lips and wide eyes are sending the same short-term relationship signal — whether they like it or not.

Having a preference for bitter tastes is linked to psychopathy, narcissism and everyday sadism.

Being positive has been linked to living longer by new research.