What Your Face Says About Your Mating Preferences 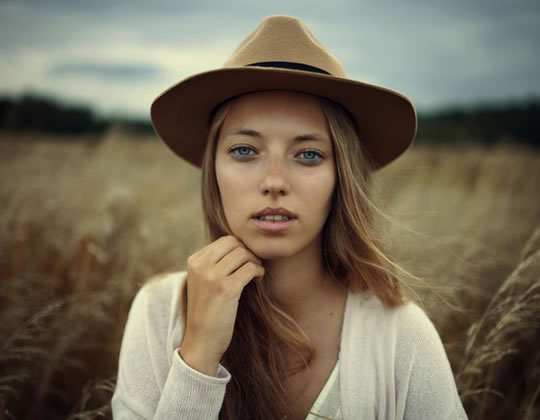 Three-quarters of people can tell your mating preferences just from looking at your face.

People read a surprising amount into our faces, just from one glance.

Women with larger lips and wide eyes are sending the same short-term relationship signal — whether they like it or not.

The conclusions come from a study in which people were shown faces and asked to guess their attitudes to:

Incredibly, 72% accurately identified the sexual attitudes of men and women just from photos of their faces.

“Our results suggest that although some people can judge the sexual strategy of others simply from looking at their face, people are not always sure about their judgements possibly because the cues are very subtle.

Yet preferences for different types of face were actually quite strong.

This shows that these initial impressions may be part of how we assess potential mates – or potential rivals – when we first meet them.

These will then give way over time to more in depth knowledge of that person, as you get to know them better, and may change with age.”

Women have a tendency to avoid men who look too masculine in preference for those who look like a better bet for a long-term relationship.

Men, meanwhile, have a tendency to go for women who look like they might prefer a short-term relationship.

Dr Ben Jones, one of the study’s authors, said:

“Lots of previous studies have shown that people can judge a lot about a person from their face, including things like health and even some personality traits like introversion, but this really is the first study to show that people are also sensitive to subtle facial signals about the type of romantic relationships that others might enjoy.”

“While faces do hold cues to sexual attitudes, men should not presume any kind of relationship is wanted from appearance alone since women’s choice is what matters.

Indeed most women found promiscuous-looking guys unattractive for both short and long-term relationships.”

The study was published in the journal Evolution & Human Behavior (Boothroyd et al., 2009).