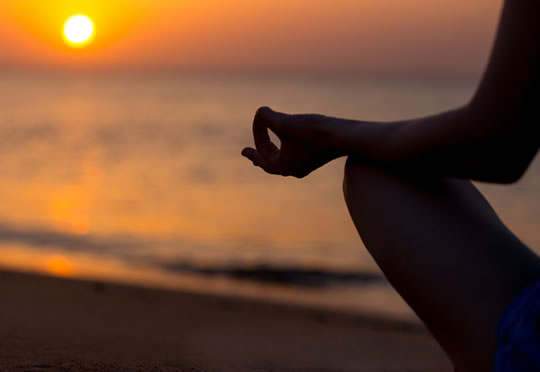 Breathing technique can reduce the stress hormones in the central nervous system.

People in the study had depression that had not responded to antidepressant medication.

Dr Anup Sharma, the lead author of this study, said:

“With such a large portion of patients who do not fully respond to antidepressants, it’s important we find new avenues that work best for each person to beat their depression.

Here, we have a promising, lower-cost therapy that could potentially serve as an effective, non-drug approach for patients battling this disease.”

The study compared the effects of learning the breathing technique over two months with a control group.

The results showed that those in the yoga group had lower depression and anxiety.

The control group showed no improvement.

The breathing technique, which comes from “Sudarshan Kriya yoga”, was practised in groups and at home.

The technique involves a series of rhythmic breathing exercises designed to put people in a calm and meditative state.

Slow and calm breaths are alternated with fast and stimulating breaths.

Sudarshan Kriya yoga has already been linked to benefits in milder forms of depression.

These studies suggest that yoga reduces levels of stress hormones in the central nervous system.

“The next step in this research is to conduct a larger study evaluating how this intervention impacts brain structure and function in patients who have major depression.”

The study was published in the Journal of Clinical Psychiatry (Sharma et al., 2106).