Make-Up Changes Your Social Status Differently For Men And Women 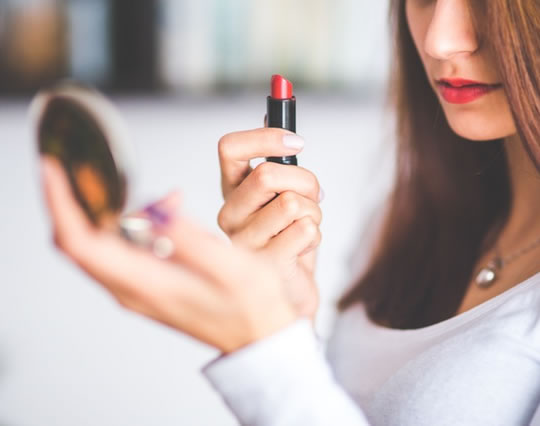 Dominance and prestige are two ways of achieving high status.

Women think other women with make-up on are more ‘dominant’, new research finds.

The idea of dominance is linked to threat and jealousy, the researchers also found.

Women thought other women wearing make-up were more likely to be attractive to men and promiscuous.

Men, though, think women with make-up on are more ‘prestigious’.

“While both sexes agree that women with make-up look more attractive when it comes to “high status,” it really depends on who is looking.

Research suggests that ‘high status’ can be obtained through two main routes.

Either you are dominant, which means you are happy using forcefulness or manipulation to make people follow you.

Alternatively, you can gain high status by prestige; by having positive merits and qualities that make other want to follow you.”

“We did some follow-up studies as to why women might feel that women with make-up are perceived as more dominant, and it looks like it might be related to jealousy and threat potential — women rating women with make-up said they would be more jealous of them, thought they were more promiscuous, and would be more attractive to men than their non-make-up wearing counterparts.

For example, at a job interview, knowing whether the hiring committee will consist of men or women might influence a female candidate’s decision about wearing make-up.

Thus, understanding the potential implications of cosmetics use are important not only for the wearer, but also for the perceiver.”

The study was published in the journal Perception (Mileva et al., 2016).