Why You Should Avoid Wise-Sounding But Meaningless Quotes 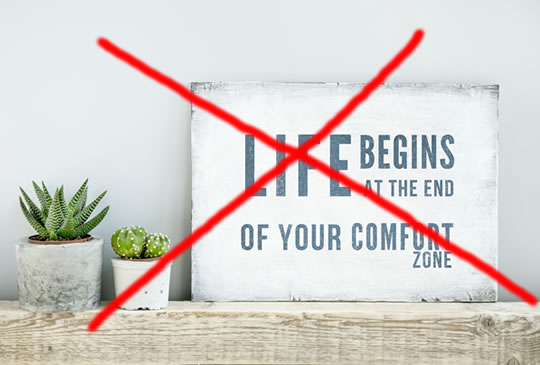 What it says about a person who posts wise-sounding but meaningless quotes to social media.

People who are impressed by wise-sounding-but-meaningless quotes tend to have a lower IQ.

The conclusions come from a new study which asked people to evaluate a series of statements.

Some of the statements were mundane like: “most people enjoy some kind of music”.

Others were from Deepak Chopra, a well-known author and public speaker.

“Attention and intention are the mechanics of Manifestation.”

Nature is a self-regulating ecosystem of awareness.

In the midst of movement and chaos, keep stillness inside of you.”

The quotes seem primarily designed to impress you rather than actually inform you of anything.

Other quotes were randomly generated by a website that mixes up buzzwords into grammatically correct but meaningless sentences.

These were compared with statements which are considered profound(-ish), but are written in plain English, such as:

“A river cuts through a rock, not because of its power, but its persistence.”

Worryingly, some people failed to notice the difference between the meaningless quotes and the genuinely profound ones.

More hearteningly, on average, the genuinely profound statements were given the highest ratings.

“Our results support the idea that some people are more receptive to this type of bulls**t and that detecting it is not merely a matter of indiscriminate skepticism but rather a discernment of deceptive vagueness in otherwise impressive sounding claims.

Those more receptive to bulls**t are less reflective, lower in cognitive ability – numeracy, verbal and fluid intelligence), are more prone to ontological confusions and conspiratorial ideation, are more likely to hold religious and paranormal beliefs, and are more likely to endorse complementary and alternative medicine.”

“Chopra has over 2.5 million followers on “Twitter” and has written more than twenty New York Times bestsellers.

Bull***t is not only common; it is popular.

Chopra is, of course, just one example among many.

Using vagueness or ambiguity to mask a lack of meaningfulness is surely common in political rhetoric, marketing, and even academia.

“One of the most salient features of our culture is that there is so much bull***t.

The study was published in the journal Judgment and Decision Making (Pennycook et al., 2015).