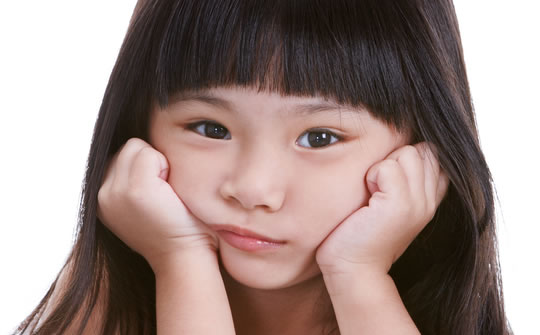 Some Chinese children are left with relatives while their parents travel for work.

Children living without their parents for a period may suffer delayed brain development, a new study finds.

The Chinese research looked at children who were left behind with relatives while their parents travelled for work.

Some parents left home for months at a time, others for years.

The shift is particularly acute in China where so many workers migrate for better jobs.

Mr Yuan Xiao, one of the study’s authors, said:

“We wanted to study the brain structure in these left-behind children.

However, most prior work is with rather severe social deprivation, such as orphans.

We looked at children who were left behind with relatives when the parents left to seek employment far from home.”

Brains scans were given to 38 ‘left-behind’ children between 7- and 13-years-of-age.

These were compared with children who lived with their parents.

Left-behind children had more gray matter in areas of the brain related to memory and the emotions.

The researchers think this may be a result of insufficient pruning of synapses, the connections between neurons.

Synaptic pruning is thought to be a vital developmental stage in adolescence.

Children who had higher gray matter volume in these areas tended to have lower IQs, the researchers found.

“Our study provides the first empirical evidence showing that the lack of direct parental care alters the trajectory of brain development in left-behind children.

Public health efforts are needed to provide additional intellectual and emotional support to children left behind by parents.”

The study was presented at the Radiological Society of North America.