This is How Radically Modern Marriage Has Changed 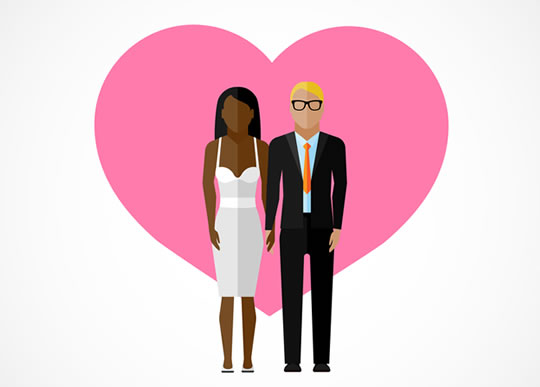 Almost everyone wants to get married eventually — but the reasons have changed.

Marriage is now more about children than an institution based on gender specialisation, a new study concludes.

Intensive investment in children is now the drive behind modern marriage, rather than economic necessity.

Professor Shelly Lundberg, a demographer and one of the study’s authors, said:

“In a gender-specialized economy, where men and women are playing very different productive roles, you need the long-term commitment to protect the vulnerable party, who in this case is the woman.

But when women’s educational attainment increased and surpassed that of men, and women became more committed to jobs and careers, the kind of economic disparity that supported a division of labor in the household eroded.”

“What we see is a striking adherence to traditional marriage patterns among the college educated and those with higher professional degrees.

While marriage rates have declined consistently over time, they have declined far more among people whose education level is high school or some college.”

More educated and higher income mothers also spend more time with their children than they did 30 years ago:

“In terms of time and money, the well-educated, higher-income parents have increased their investments in children much more than those with lower incomes.

They have the know-how and the resources and they expect to help their children become economically successful in a way that may seem out of reach for parents with much lower levels of resources.”

Despite all these changes, most men and women still do marry eventually:

“If you look at the fraction of people 50 years old who have ever married, the differences between the education groups are very, very small.

What is really distinctive is the timing of marriage and the very high proportion of women with a high school diploma or some college who have their first child either on their own or within a cohabitating relationship, which is extremely rare among people with a college degree or higher.

The timing is extraordinarily suggestive.

Almost everyone wants to get married eventually.

The question is when, and do you wait until you get married before you have a child?”

The study was published in the journal The Future of Children (Lundberg & Pollak, 2015).