The Genetic ‘Advantage’ to Madness? Common Belief Supported by Study 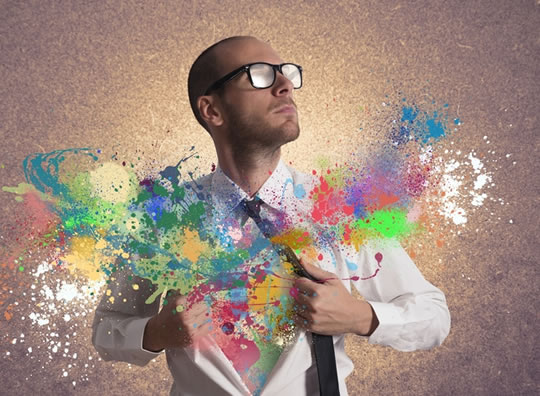 Genes which boost creativity may also increase the chance of developing bipolar disorder and schizophrenia, a new study has found.

Creativity and psychiatric disorders have previously been linked.

For example, people in creative professions are more likely to have psychiatric illnesses in their family — particularly bipolar disorder.

However, it wasn’t clear whether common genes were involved.

Members of the national artistic societies of actors, musicians, writers and dancers were taken to be more creative individuals.

The link to their genetics was then examined.

“Our findings suggest that creative people may have a genetic predisposition towards thinking differently which, when combined with other harmful biological or environmental factors, could lead to mental illness.”

The risk was around midway between the general population and those with the mental illnesses.

“For most psychiatric disorders little is known about the underlying biological pathways that lead to illness.

An idea that has gained credibility is that these disorders reflect extremes of the normal spectrum of human behaviour, rather than a distinct psychiatric illness.

By knowing which healthy behaviours, such as creativity, share their biology with psychiatric illnesses we gain a better understanding of the thought processes that lead a person to become ill and how the brain might be going wrong.”

The study was published in the journal Nature Neuroscience (Power et al., 2015).

• Read on: The Dark Side of Creativity.