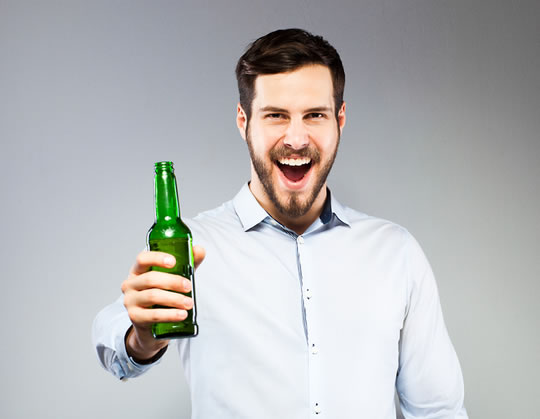 Surprisingly, alcohol is not bad for all types of memory.

Alcohol can actually help some areas of the brain learn and remember.

This may help explain why alcohol — and other drugs — can be so habit-forming.

“Usually, when we talk about learning and memory, we’re talking about conscious memory.

Alcohol diminishes our ability to hold on to pieces of information like your colleague’s name, or the definition of a word, or where you parked your car this morning.

But our subconscious is learning and remembering too, and alcohol may actually increase our capacity to learn, or ‘conditionability’.”

Dr Morikawa and colleagues reached this conclusion by exposing mice to alcohol and examining synaptic plasticity in key areas of the brain.

They found that with repeated exposure, the plasticity increased — indicating learning.

The unconscious, though, is learning more than just that drinking feels good.

It is learning a whole constellation of behavioral, environmental and social triggers.

For example, it is learning that particular music, people and places are linked to a surge of pleasure.

It strengthens those synapses that are active when dopamine is released.”

As the drinking is repeated again in the same context, the brain becomes more sensitive to this situation.

In other words: it learns to enjoy the drinking more and more.

Treating alcoholism, and other addictions, is partly about picking apart this web of situations and emotions.

It’s kind of scary because it has the potential to be a mind controlling substance.

Our goal, though, is to reverse the mind controlling aspects of addictive drugs.”

The study was published in The Journal of Neuroscience (Bernier et al., 2011).