Why People Conform: Maybe It’s Not Social Pressure After All 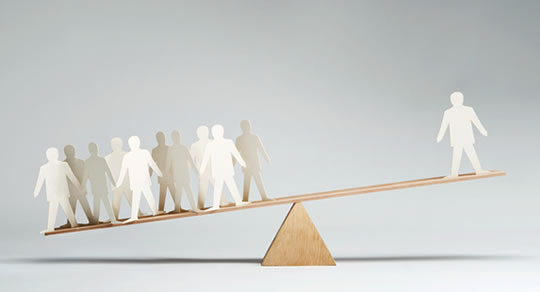 People move in herds — but simpler forces are at work than social pressure.

People copy each other all the time — it’s human nature.

The classic study, conducted in the 1950s by Solomon Asch, found that people will even deny the evidence of their own senses in order to copy other people (see: Conforming to the Norm).

But now a new study questions the established answer to exactly why people conform.

One of the new study’s authors, Diana Kim, explains:

The aim of the present study was to test whether even simpler mechanisms may account for at least some conformity effects.”

What they found was that the apparent desire for all humans to copy each other is not all about social pressure.

Maybe not even mostly about social pressure.

Instead the study suggests that behavioural decisions are a kind of ‘mental average’ of our own past behaviour plus that of other people.

…except we seem to get confused at recall and think that it was our own behaviour.

In other words: we copy other people, but forget that we are copying them, so it feels like our own decision.

The study is published in the journal Psychological Science (Kim & Hommel, 2015).