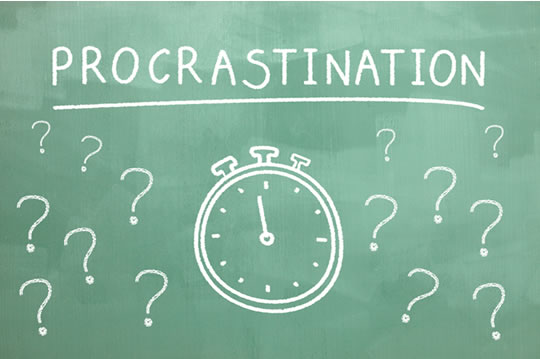 This trick makes you feel closer to your future self so that you start four times sooner.

Thinking about upcoming goals in terms of days rather than months or years motivates action, new research finds.

Even counting months rather than years has a beneficial effect, psychologists have revealed.

Professor Daphna Oyserman of the University of Southern California, who led the study, thinks the tip…

“…may be useful to anyone needing to save for retirement or their children’s college, to start working on a term paper or dissertation, pretty much anyone with long-term goals or wanting to support someone who has such goals.”

Over 1,000 participants took part in four different studies to examine the phenomenon.

People were encouraged to think about goals in terms of different time scales.

For example, they either thought about saving for a college fund in 18 years or in 6,570 days.

Or, they thought about saving for retirement either in 30 years or in 10,950 days.

Thinking in days made people feel more connected to their future selves, which in turn was a greater motivator to action.

The research was published in the journal Psychological Science (Lewis & Oyserman, 2015).