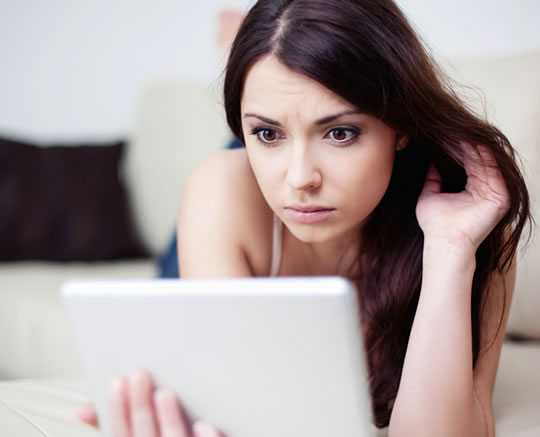 Facebook use linked to depression by new research, but particular psychological process could be the cause.

Comparing yourself to other people on Facebook has been linked to depressive symptoms, a new study finds.

While the social network can be a useful way of connecting with others, there may be psychological dangers.

“One danger is that Facebook often gives us information about our friends that we are not normally privy to, which gives us even more opportunities to socially compare.

You can’t really control the impulse to compare because you never know what your friends are going to post.

In addition, most of our Facebook friends tend to post about the good things that occur in their lives, while leaving out the bad.

If we’re comparing ourselves to our friends’ ‘highlight reels,’ this may lead us to think their lives are better than they actually are and conversely, make us feel worse about our own lives.”

Surveys of over 300 people found that the more time people spent on Facebook, the greater their depressive symptoms.

However, people who spent more time comparing themselves with others were more depressed.

For people who used Facebook a lot but spent less time comparing themselves with others, the link to depression was not as strong.

“It doesn’t mean Facebook causes depression, but that depressed feelings and lots of time on Facebook and comparing oneself to others tend to go hand in hand.”

Fascinatingly, it didn’t matter how people were comparing themselves.

For example, it may be depressing to compare yourself to someone who has just posted beautiful pictures of their vacation.

But the research also found the link to depression when people made comparisons with others doing worse than themselves.

“This research and previous research indicates the act of socially comparing oneself to others is related to long-term destructive emotions.

During periods of emotional turmoil, other people’s lives can make them feel particularly lonely and isolated.

The study was published in the Journal of Social and Clinical Psychology (Steers et al., 2015).