How To Learn New Words Quickly and Efficiently 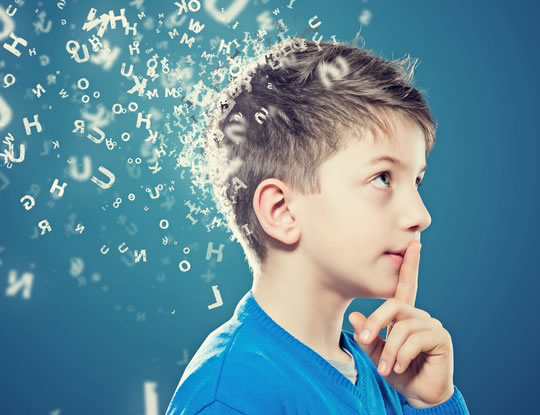 Neuroscientists uncover the secret of how our brains learn new words.

The brain is able to learn words so quickly because it remembers how the whole word ‘looks’, a new study finds.

The researchers found that a small part of our brain is holistically tuned to recognising words as a whole, rather than as parts or through individual letters.

Dr Maximilian Riesenhuber, a neuroscientist at the Georgetown University Medical Center who led the study, said:

“We are not recognizing words by quickly spelling them out or identifying parts of words, as some researchers have suggested.

Instead, neurons in a small brain area remember how the whole word looks — using what could be called a visual dictionary,”

A part of the brain called the ‘visual word form area’ is vital to how we learn new words.

Close by in the visual cortex is the fusiform gyrus, an area which helps us recognise faces.

For the study, 25 participants were asked to learn new words that were actually nonsense.

Their brains were scanned before and after the training to look at how it had changed.

The results showed that after learning the visual word form area began to respond to the nonsense words as though they were real words.

“This study is the first of its kind to show how neurons change their tuning with learning words, demonstrating the brain’s plasticity.”

People with reading disabilities may find it easier to learn words as a whole, anecdotal evidence suggests, rather than breaking them down.

“For people who cannot learn words by phonetically spelling them out — which is the usual method for teaching reading — learning the whole word as a visual object may be a good strategy.

The visual word form area does not care how the word sounds, just how the letters of the word look together.

The fact that this kind of learning only happens in one very small part of the brain is a nice example of selective plasticity in the brain.”

The study is published in The Journal of Neuroscience (Glezer et al., 2015).