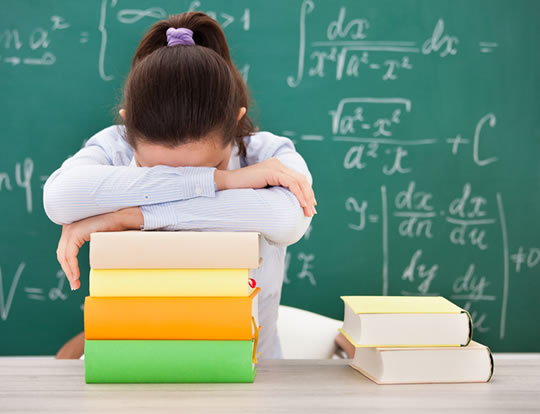 How teachers discourage girls from studying math, without realising it.

Teachers unconsciously put girls off math and science by marking down their work in comparison to boys, a new study finds.

Israeli research has revealed that teachers of 11-year-olds graded a math test lower, on average, for girls than for boys.

But, when the same test was graded anonymously by other teachers, the girls had actually performed better than the boys.

The same effect wasn’t seen in science or in any other subjects, although girls were less likely to take advanced science classes later on.

Teachers are likely underestimating the math abilities of girls and marking them down as a result.

Dr. Edith Sand, one of the study’s authors, said this unconscious effect clearly had implications for their futures:

“It isn’t an issue of discrimination but of unconscious discouragement.

This discouragement, however, has implications.

The track to computer science and engineering fields, which report some of the highest salaries, tapers off in elementary school.”

The study tracked students until they finished high school to test the ramifications.

“When the same students reached junior high and high school, we examined their performances in matriculation exams (‘Bagrut’ in Hebrew).

The boys who had been encouraged when they were younger performed significantly better than their female counterparts, though the latter had objectively scored higher at a younger age.”

“If teachers take into account these effects, it could lead to a reduction of the gender gap in achievement, especially in science and math.

It is clear how important encouragement is for both boys and girls in all their subjects.

Teachers play a critical role in lowering and raising the confidence levels of their students, which has serious implications for their futures.”

The study is published by the National Bureau of Economic Research.