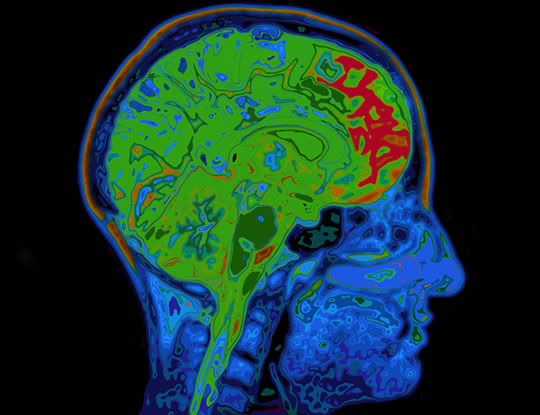 The young age at which amyloid protein, a hallmark of Alzheimer’s, begins to appear in the brain.

Amyloid protein, which is a hallmark of Alzheimer’s disease, has been detected in people as young as 20, a new study finds.

This is much earlier than any scientists previously thought.

It eventually forms in clumps outside the neurons.

“Discovering that amyloid begins to accumulate so early in life is unprecedented.

This is very significant.

We know that amyloid, when present for long periods of time, is bad for you.”

The research looked at the brains of deceased people from ages 20 to 95.

Some had died young with no signs of dementia, while others had died later with or without Alzheimer’s.

The researchers focused on an area in the basal forebrain which is critical to memory and attention.

These neurons are the first to die in both normal ageing and in Alzheimer’s.

They found that the amyloid proteins began accumulating inside these neurons from as early as 20-years-old.

Together these proteins can form toxic lumps in the brain.

Older individuals and those with Alzheimer’s had larger toxic lumps of amyloid.

“This points to why these neurons die early.

The small clumps of amyloid may be a key reason.

The lifelong accumulation of amyloid in these neurons likely contributes to the vulnerability of these cells to pathology in aging and loss in Alzheimer’s.”

The clumps damage the brain by killing neurons and by secreting more amyloid outside the cell.

“It’s also possible that the clumps get so large, the degradation machinery in the cell can’t get rid of them, and they clog it up.”

The research is published in the journal Brain (Baker-Nigh et al., 2015)