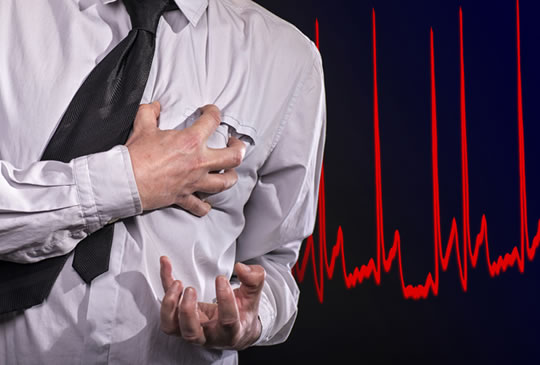 Two intense emotions that are linked to massive increase in heart attack risk.

The risk of a heart attack increases by at least 8.5 times in the two hours after the intense emotions of anger and anxiety, a new study finds.

The effect of an anxiety attack is even more pronounced, the study found, increasing the chances of having a heart attack by 9.5 times.

“Our findings confirm what has been suggested in prior studies and anecdotal evidence, even in films — that episodes of intense anger can act as a trigger for a heart attack.

The data shows that the higher risk of a heart attack isn’t necessarily just while you’re angry — it lasts for two hours after the outburst.”

Intense anger was classified in the study as at 5 or above on a scale of 1 to 7.

A score of five refers to ‘very angry, body tense, clenching fists or teeth, ready to burst’, while 7 means ‘enraged, out of control, throwing objects’.

The data also revealed that episodes of anxiety can also make you more likely to have heart attack.

High levels of anxiety were associated with a 9.5 fold increased risk of triggering a heart attack in the two hours after the anxiety episode.

Increased risk following intense anger or anxiety is most likely due to increased heart rate, blood pressure, tightening of blood vessels and increased clotting, all associated with triggering heart attacks.”

The researchers interviewed 313 patients who had had heart attacks about any intense emotions in the previous two days.

Dr Buckley cautioned that the absolute risk of suffering a heart attack from intense emotions is low:

“Although the incidence of anger-triggered heart attacks is around 2%, of the sample, those people were 8.5 times more likely to have a heart attack within two hours of the emotional episode.

So while the absolute risk of any one episode triggering a heart attack is low, this data demonstrates that the danger is very present.”

Professor Geoffrey Tofler, the study’s lead author, said that avoiding intense emotions was particularly important for those at risk:

“Potential preventive approaches may be stress reduction training to reduce the frequency and intensity of episodes of anger, or avoiding activities that usually prompt such intense reactions, for instance, avoiding an angry confrontation or activity that provokes intense anxiety.

Additionally, improving general health by minimising other risk factors, such as hypertension, high cholesterol or smoking would also lower risk.

For those at high risk, it is possible that medication such as beta-blockers and aspirin taken at the time of a trigger may interrupt the link between the stressor and the heart attack.

We are currently recruiting subjects for a study examining this option.”