Smartphone Addiction: How It May Affect Your Thinking Skills 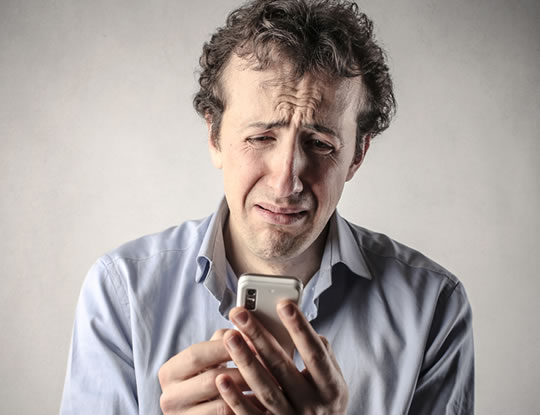 How smartphone addiction could be affecting some people’s ability to think.

Smartphone addiction has been linked to lazy thinking by a new psychology study.

Smarter people tend to use the search function on their smartphones less often, the research has found.

Intuitive thinkers, though, who tend to be less intelligent, are more prone to searching for information on smartphones.

“They may look up information that they actually know or could easily learn, but are unwilling to make the effort to actually think about it.”

“Decades of research has revealed that humans are eager to avoid expending effort when problem-solving and it seems likely that people will increasingly use their smartphones as an extended mind.”

The research asked 660 people about their smartphone addiction.

Their verbal and literacy skills were also assessed, along with their thinking style.

The results showed that people with stronger and more analytical thinking skills used the search function on their smartphones the least.

The study is published in the journal Computers in Human Behavior (Barr et al., 2015).

“Our research provides support for an association between heavy smartphone use and lowered intelligence.

That said, it may be that a smartphone addiction leaves people with weaker thinking skills.

“Our reliance on smartphones and other devices will likely only continue to rise.

It’s important to understand how smartphones affect and relate to human psychology before these technologies are so fully ingrained that it’s hard to recall what life was like without them.

We may already be at that point.”