The Secret to Raising A Well-Behaved Teen 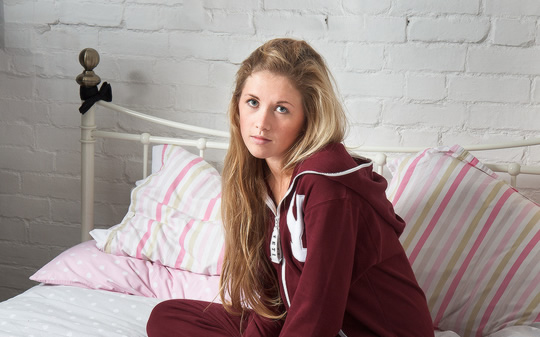 This is a vital cause of low mood, poor health and lacklustre learning in teenagers.

Failing to get enough sleep causes low mood in teenagers, along with worse health and poor learning, a new review of the psychological evidence finds.

Although hormonal changes are partly to blame for teenage angst, being short of sleep significantly contributes to lack of motivation and poor mood.

Due to changes during puberty, teenagers require more sleep than adults and most find it hard to get to sleep before 11pm, with many staying up until 2 or 3am.

It’s not all down to late night video gaming or TV: the part of the brain which regulates the sleep-wake cycle — the Suprachiasmatic Nucleus — changes in puberty.

As a result, being forced to rise the next day at 6am for school or college means teens find it hard to get the 8 to 10 hours sleep that they need.

While educators and some parents seem to believe that teens are lazy, the problem is actually down to the adolescent biological clock.

The review of 30 years of research on this subject, published in the journal Learning, Media and Technology, finds that…

“…studies of later start times have consistently reported benefits to adolescent sleep health and learning, there [is no evidence] showing early starts have a positive impact on such things.” (Kelley et al., 2014)

Teenagers who are short of sleep consistently get worse grades in school, are more likely to be depressed and have more health problems, the research shows.

The study comes hot on the heels of calls by the American Academy of Pediatrics to delay start times to no earlier than 8:30am.

It’s not surprising: the evidence is overwhelming.

For example, one recent study, published in the Journal of Developmental & Behavioral Pediatrics, delayed the waking up time of adolescents at a boarding school by just 25 minutes.

Some changes in the US have already begun, with the ‘Start School Later’ campaign and the National Sleep Foundation.

The United States Air Force Academy in particular have found much improved academic results with a new late start policy introduced for their 18 and 19-year-olds.

“Good policies should be based on good evidence and the data show that children are currently placed at an enormous disadvantage by being forced to keep inappropriate education times.”