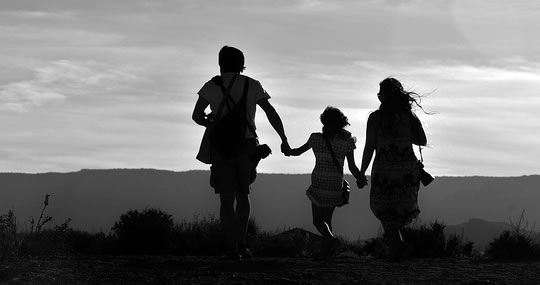 The benefits were particularly strong for those who were stressed.

The study is one of the first to show that simply walking in nature doesn’t just benefit the body, but also the mind.

Sara Warber, one of the study’s authors, said:

“We hear people say they feel better after a walk or going outside but there haven’t been many studies of this large size to support the conclusion that these behaviors actually improve your mental health and well-being.”

Two matched groups of people were compared: some who took part in the group nature walks, and others who did not.

Over a three-month period, taking part in the group nature walks was associated with less depression, lower perceived stress and higher mood and mental wellbeing.

Those who seemed to see the most benefit were those who had been through a recent stressful life event, such as divorce, bereavement or a serious illness.

“Walking is an inexpensive, low risk and accessible form of exercise and it turns out that combined with nature and group settings, it may be a very powerful, under-utilized stress buster.

Our findings suggest that something as simple as joining an outdoor walking group may not only improve someone’s daily positive emotions but may also contribute a non-pharmacological approach to serious conditions like depression.”

Walking in nature seems to be one of the keys to getting the most mental benefit; urban environments do not provide the same boost.

Much modern research is starting to pick up on the importance of the natural environment for our mental health.

For example, the Japanese are big fans of walking in the forest to promote their mental health.

• Read on: 10 Remarkable Ways Nature Can Heal Your Mind