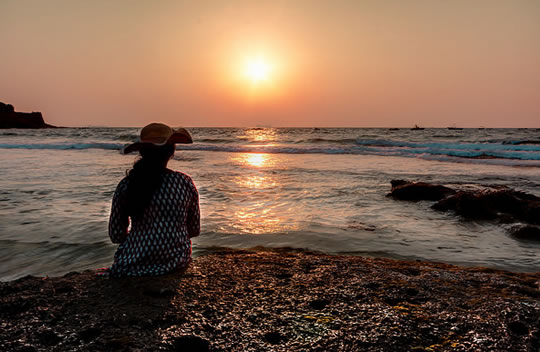 People now spend up to 25% less time enjoying nature than they did 20 years ago. What is that doing to our minds?

People are spending less and less time enjoying the outdoors and nature with every passing year.

The recent shift away from nature has been incredible: some studies estimate people now spend 25% less time in nature than they did 20 years ago (Pergams & Zaradic, 2007).

Here are 10 of the most remarkable ways in which being outside, in nature, can heal the mind.

Being inside all the time gives you a dead, flat feeling.

It’s not just about the extra amount of exercise people get when they’re in nature, it has its own special effect.

Professor Richard Ryan, who has studied how nature benefits the mind, said:

“Nature is fuel for the soul.

Often when we feel depleted we reach for a cup of coffee, but research suggests a better way to get energized is to connect with nature.”

And this extra vitality has all sorts of knock-on benefits:

“Research has shown that people with a greater sense of vitality don’t just have more energy for things they want to do, they are also more resilient to physical illnesses.

One of the pathways to health may be to spend more time in natural settings.”

Going into nature for an extended period can have remarkable effects on creativity.

A recent study had participants take a four- or six-day trip into the wilderness.

Their study showed that…

“…four days of immersion in nature, and the corresponding disconnection from multimedia and technology, increases performance on a creativity, problem-solving task by a full 50 percent,” (Atchley et al., 2012)

Why does it work? The psychologists explained:

The Japanese are big fans of walking in the forest to promote their mental health. 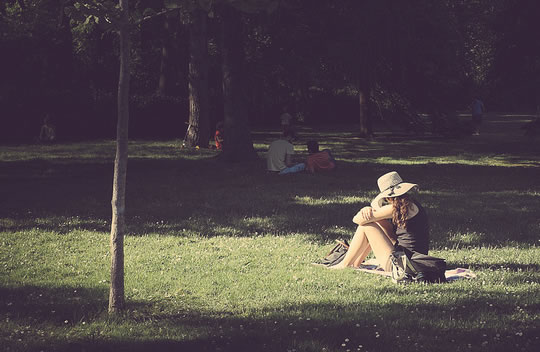 Gardens in care homes may have therapeutic benefits for those suffering from dementia, according to a review of 17 separate studies (Whear et al., 2014).

“There is an increasing interest in improving dementia symptoms without the use of drugs.

We think that gardens could be benefiting dementia sufferers by providing them with sensory stimulation and an environment that triggers memories.

They not only present an opportunity to relax in a calming setting, but also to remember skills and habits that have brought enjoyment in the past.”

Short-term memory can be improved 20% by walking in nature, or even just by looking at an image of a natural scene.

Marc G. Berman and colleagues at the University of Michigan wanted to test the effect of natural scenery on cognitive function (Berman, Jonides & Kaplan, 2008).

In the first of two studies participants were given a 35 minute task involving repeating loads of random numbers back to the experimenter, but in reverse order.

After this they were sent out for a walk – one group around an arboretum and the other down a busy city street – both while being tracked with GPS devices.

They each repeated the memory test when they got back.

The results showed that people’s performance on the test improved by almost 20% after wandering amongst the trees. By comparison those subjected to a busy street did not improve.

A small study of 10 children from a mostly Christian background found that those who spent more time outside felt more humbled by nature’s power as well as feeling a sense of belonging in the world.

Being outdoors more also enhanced the children’s appreciation of beauty.

These children took greater notice of colour, symmetry and balance in nature as well as displaying greater imagination and curiosity themselves.

“This is the first generation that’s significantly plugged in to a different extent and so what does this mean?

Modern life has created a distance between humans and nature that now we’re realizing isn’t good in a whole host of ways.

So it’s a scary question: How will this affect our children and how are we going to respond?” 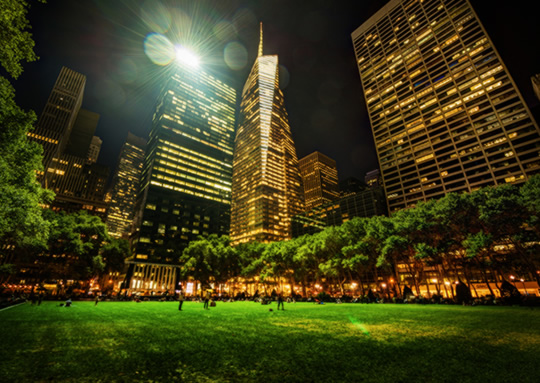 There is hope for those who live in cities.

The benefits from nature to people’s mental health aren’t restricted those who live in the countryside.

“We’ve shown that individuals who move to greener areas have significant and long-lasting improvements in mental health.

These findings are important for urban planners thinking about introducing new green spaces to our towns and cities, suggesting they could provide long term and sustained benefits for local communities.”

All kinds of exercise in nature can boost your self-esteem. And it’s surprising how little you have to do to get the boost.

Children with Attention Deficit Hyperactivity Disorder who play more outside have less severe symptoms, according to research.

Talylor and Kuo (2011) found that amongst 400 children diagnosed with ADHD, those that routinely played outside in green settings had better concentration.

Not only that but they were usually calmer, relaxed and happier.

The study even found that children who sat indoors looking out at a green space did better than those who were outside, but in a man-made environment without trees or grass.

That’s the power of the green spaces.

10. Help your brain work in sync

Tranquil natural scenes, like a seascape, cause vital areas of the brain to work in sync, according to researchers at the University of Sheffield (Hunter et al., 2010).

By contrast, man-made environments like roads disrupt connections within the brain.

“People experience tranquillity as a state of calmness and reflection, which is restorative compared with the stressful effects of sustained attention in day-to-day life.

It is well known that natural environments induce feelings of tranquillity whereas man-made, urban environments are experienced as non-tranquil.

As William Wordsworth put it:

“Come forth into the light of things, let nature be your teacher.”