The Psychology of Why Kids (and Adults) Should Play Outside 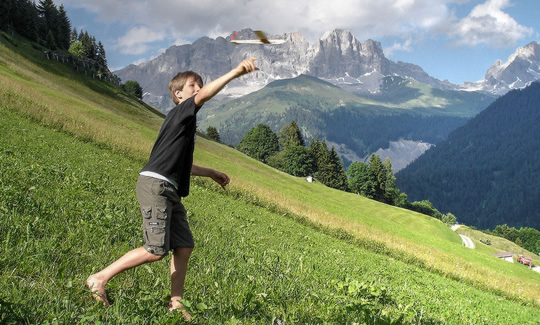 If children spend all their time indoors, how can they appreciate nature’s beauty?

Children who play outdoors have a stronger sense of purpose and self-fulfilment than those who don’t, a new study finds.

The study, published in the Journal of the Study of Religion, Nature and Culture, found that kids who were outdoors playing for between 5 to 10 hours a week had a stronger spiritual connection to the Earth (Van Wieren & Kellert, 2013).

“These values are incredibly important to human development and well-being.

We were surprised by the results.

Before we did the study, we asked, ‘Is it just a myth that children have this deep connection with nature?’

But we found it to be true in pretty profound ways.”

The small study of 10 children from a mostly Christian background (7 of the 10) examined how they interacted with the natural world through in-depth interviews, diaries and simple observation.

The children who spent more time outside felt more humbled by nature’s power as well as feeling a sense of belonging in the world.

Being outdoors more also enhanced the children’s appreciation of beauty.

These children took greater notice of colour, symmetry and balance in nature as well as displaying greater imagination and curiosity themselves.

“This is the first generation that’s significantly plugged in to a different extent and so what does this mean?

Modern life has created a distance between humans and nature that now we’re realizing isn’t good in a whole host of ways.

So it’s a scary question: How will this affect our children and how are we going to respond?”

In a fascinating coda, the researchers also interviewed the parents and it emerged that the children who spent the most time outdoors had parents who had done the same when they were children.

The parents felt that this experience had significantly shaped their adult lives.