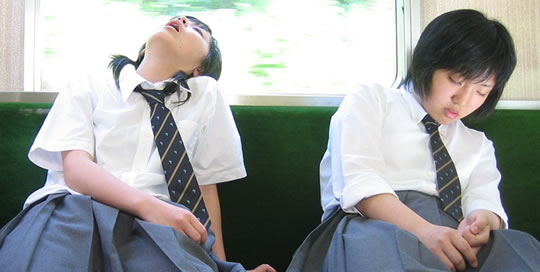 How much extra sleep can make a difference to adolescent depression?

A new study finds a link between later start times at school and improved mood and sleep in teenagers.

The study, published in the Journal of Developmental & Behavioral Pediatrics, delayed the waking up time of adolescents at a boarding school by just 25 minutes (Boergers et al., 2013).

On top of this, the students experienced less daytime sleepiness, were less depressed, and found themselves using less caffeine.

Unsurprisingly, students who benefited the greatest were those who were most sleep deprived at the start of the study.

“Sleep deprivation is epidemic among adolescents, with potentially serious impacts on mental and physical health, safety and learning. Early high school start times contribute to this problem. Most teenagers undergo a biological shift to a later sleep-wake cycle, which can make early school start times particularly challenging. In this study, we looked at whether a relatively modest, temporary delay in school start time would change students’ sleep patterns, sleepiness, mood and caffeine use.”

The reason that most adolescents are sleep deprived is that they need more sleep than adults, but often don’t get it.

Unlike adults, adolescents need 8.5 to 9.5 hours of sleep per night.

American high schools usually start at 8am and since most teens find it difficult to fall asleep before 11pm, there simply aren’t enough hours in the night.

“The results of this study add to a growing body of research demonstrating important health benefits of later school start times for adolescents. If we more closely align school schedules with adolescents’ circadian rhythms and sleep needs, we will have students who are more alert, happier, better prepared to learn, and aren’t dependent on caffeine and energy drinks just to stay awake in class.”

This is far from the first study to suggest that early school start times have adverse consequences.

Others have found links between early start times and reduced academic performance, lower mood (as in this study) and even more car crashes.

A common complaint is that later starts leave less time for extra-curricular activities.

However, there was no evidence of this in the current study, with students engaged in athletics and other activities for the same amount of time as before.

In addition, instead of being exhausted in the evening, they had more energy to complete their homework.